1.  things are much funner to own when they aren't constantly getting lost. I am starting to think my iPod has a life of its own.  I lost it for a week about a month ago and then found it a week later in the pocket of a coat, I was sure it was somewhere else.  Two weeks ago I lost it again and yesterday I found it under the passenger seat of my car.  I was sure I had checked there already several times. 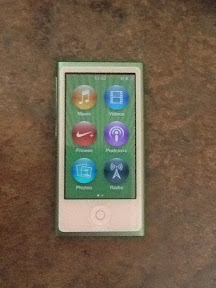 When I know where it is I do really like this iPod, maybe it is a little on the small side for me since I keep losing it though.  I like it's small size, it fits really easily into the pocket on my Handful bra when I am running.  I also love that it has radio.  I think the earbuds it came with are pretty nice too. and I love the pretty green color.

I don't like that that charger port is a different size from my old iPod and iPad.  Really?  Did they have to go and mess with that after all these years?

There is a lot of snow on the ground here still, but I am starting to feel like soon it will be spring and things will start getting green again.  YAY

3. Speaking on green.  I think it is my favorite color right now. My lil sis and I found these great running shirts on Gap over the weekend, they were even on sale for President's Day.  YAY 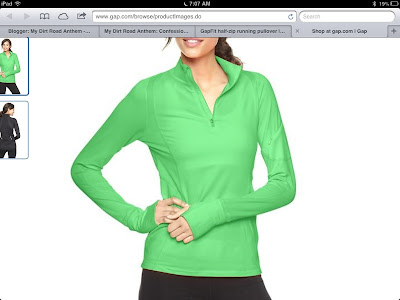 Saucony also has some really great green shirts out right now and on sale for 50% off, so tempting to order one and make my running attire greener!  I am so tired of black, white, blue, and grey.  if I wore pink much I would be tired of that too.  Why is that all running clothes seem to come in.  BORING 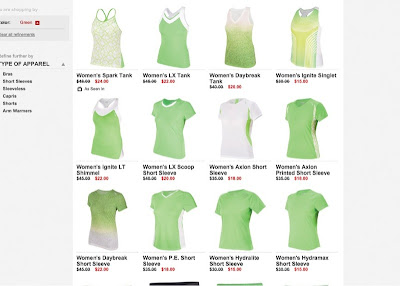 Keeping with the green theme, I found these on runningskirts.com 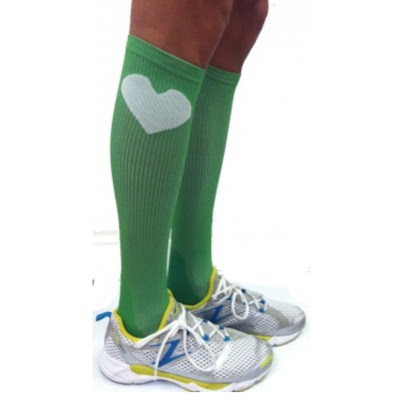 so pretty and I love the heart.  has anyone else tried these socks?  How do they compare to PROcompression?  I know they have some neon green socks out right now, but I kind of like this clover green a little better.

What's your color obsession right now?  Do you get tired of seeing running clothes in all the same colors all the time?  I DO!
Posted by Christy @ My Dirt Road Anthem: A Runner's Blog at 7:36 AM