Van Pranks and fun times on the Ragnar

This was my second year running with Team Beef Montana/ The Montana Running Ranchers and the fourth year the team has been around.  There is a bit of a history with the two vans pranking each other and this year was no different.  Mike, one of the co-captains,  picked up the vans and was under a strict truce to not do anything to the girls van until we were all together, but he weakened under pressure from his wife and violated the truce.

Friday morning we woke up to silly string all over the van and discovered our water bottles in our cooler were covered in condoms.  Boys van 1  Apparently Mike's wife had accused him of being weak (not the word she used) and he had bought a 36 pack of condoms and had violated the truce before he even left home! 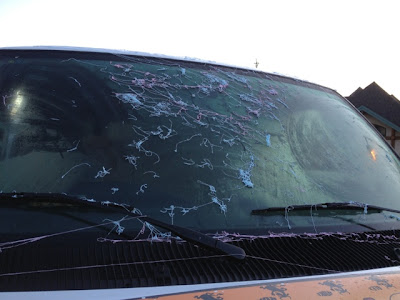 Somehow I missed taking a picture of all the condoms on our water bottles.  For some reason we all felt like we had to pour our water into different bottles to drink.  Nothing like peeling a wet nasty condom off a bottle of water before you can drink it. I am sure it reflected positively on us that our garbage was full of condoms every time we emptied it.

We Googled and schemed about what we could do to the boys, but weren't coming up with much that we could do easily and not disable their van.  We ended up putting shaving cream and maxi pads all over their van at exchange 6.  I got style points for the cowboy hats.  I also have to confess that Evie and I were in such a hurry to get it done and get back to the exchange before it was noticed we were gone that I started putting the shaving cream on the girls van. 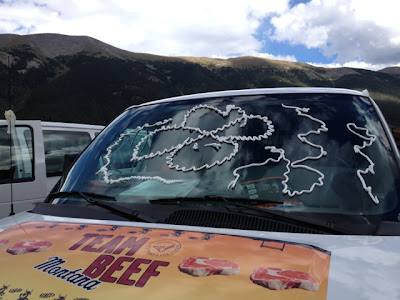 Another van of runner's watched us do this and thought it was pretty funny we would prank the boys.  We gave them some free jerky in exchange for their silence.

We also put a large fake spider in the clipboard we were passing back and forth to keep track of our leg times.  That got Mike pretty good in the middle of the night. 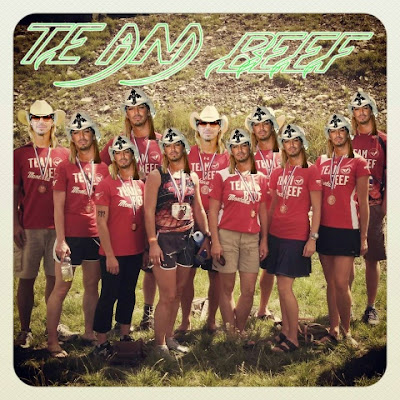 Sunday morning we were leaving Snowmass and discovered when the van was put into reverse nothing happened.  It made a really bad noise when put back into park and it also would not go forward.  After consulting the manual and the backup camera someone got out to check and discovered the boys had jacked up the rear wheels of the van, so they were turning in thin air.   We all got a good laugh out of that one.

No wonder it made a bad noise when we put it back into the park, the wheels thought we were reversing!

Since we didn't ride down as girls and boys vans the boys left some of their water bottles in our van and we may have put some shampoo in one and wrote on another.

At one point we missed a turn on the route and did a u turn right in front of a cop.  He let that slide, but then a quarter mile down the road pulled us over.  We all whipped our seat belts on and tried to figure out what we had done wrong.  Someone asked Billie Jo (the driver) if the headlights were on.  The cop had conveniently stopped to admire our van graphics so she turned them on, rolled down the window and inquired what we had done.

He said he pulled us over because our taillights weren't on.  Billie Jo asked if they worked now, he checked, yes they did, and off we went!

﻿Our very awesome van graphics
﻿
﻿﻿﻿﻿
and the back of the vans 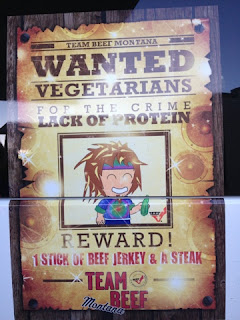 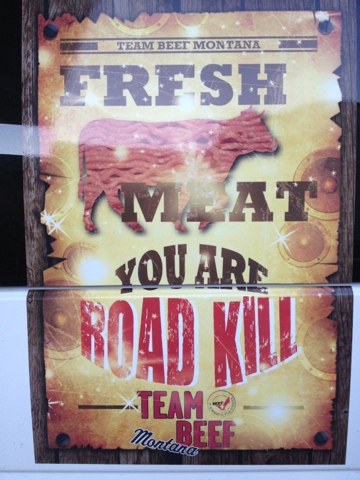 A huge thanks to our sponsors 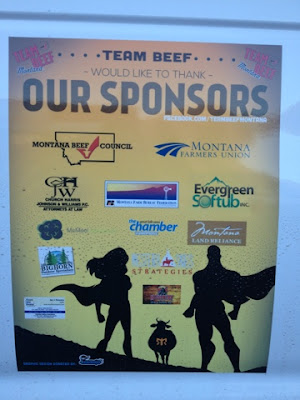 Another of our biggest sponsors.  They gave us track pants to wear in addition to monetary sponsorship and featured our profiles. 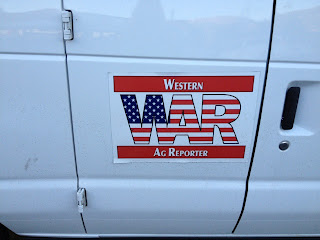 Fun times.  If you have done a relay before do you guys do van pranks to each other?
Any great van prank ideas for next year?

Posted by Christy @ My Dirt Road Anthem: A Runner's Blog at 9:11 AM