It is so exciting to be so close to another half marathon finally and feeling so good too. 10 days to go.

According to a pace calculator app that I have on my phone, based off of my 10k time from 3 weeks ago it says I should be able to run a half marathon in 1:41:42 which is a pace of 7:46.    I feel like I could do this.  With that being said I am going to set some goals.

Plan is to start the race at about a 7:50 - 8:00 pace and reassess after the first couple miles.  I like to start half marathons out slower than goal pace and work up to it and finish just under goal pace.

I will wear my hydration belt, I run with it all the time, it doesn't bug me and I like to have hydration when I want it.  I am also guessing there will be no Cocogo on the course and that is what I am used to.   I plan to use a Humagel once around 50 minutes into the race.

I haven't decided which shoes I am going to wear and am stressing about that a little.  I have two pairs I am waffling between.  I LIKE them both but do not LOVE either.   Clearly I need some new shoes, but not now.  I need to wear some more out first.  #somanyshoes

I think I have my outfit figured out, except for what color of socks I am going to wear.  Maybe I will take a poll on it later in the week just for fun.

The weather here has been AMAZING, tons of days in the high 60s and 70s. so nice.  but July is going to be making it's presence known by throwing out the 80s and skipping straight to the 90s.  Boo July, and you wonder why I don't like you.

I got in an awesome run after work yesterday, I ran four fast miles because I thought I only had half an hour before my sis showed up with the kids.  It felt so good.  It might be awhile before I get to do that again. I don't run in the 90s for very far. Too bloody hot. 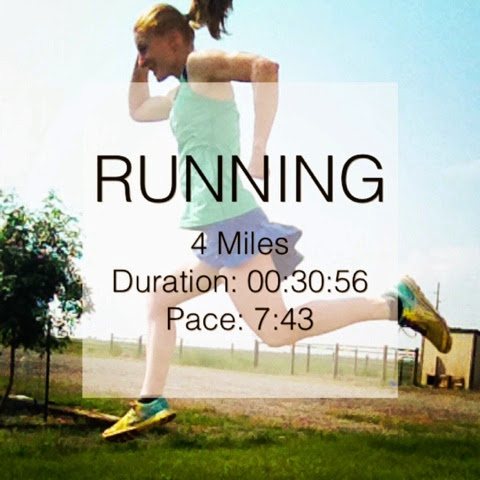 Then since I was all pumped up I did sets of pullups, box jumps and pushups in between chopping veggies for supper.

What is your half strategy?
Posted by Christy @ My Dirt Road Anthem: A Runner's Blog at 4:27 AM