1.  Thanks so much for all your comments and thoughts for Cola.  He had a pretty rough day yesterday and I don't think he walked more than 20 steps all day.  That was only because I carried him outside so he could relieve himself.    Today seems a little better but he is still very stiff and in a lot pain.  He did walk around a lot more, but I am mostly trying to keep him resting and let his body heal.  I think it will probably be a good month or two before I take him running again.  I hope I am wrong, but I do also want to make sure he is well healed up before I start running with him again.

2. Meanwhile I must admit to feeling a little guilty about going running without him.  So I have been sneaking around.  I try not to let him see me leave and then I drive somewhere before I start running.  I am sure he KNOWS anyway.  Makes me feel like a big fat cheater for running without him.  He saw me heading to the car today and made a bit of an effort to get up, his ears perked up and his tail started wagging.  I feel so lonesome running without him.  I am so used to talking to him and patting his head when he comes back to run along side me after he has ran ahead of me for awhile.

3. We had a great time for Halloween last night and I have to admit to over indulging in candy today.  UGH but YUM!

I even dressed up last night, here is my little sister, mother and me.  I am a belly dancer.  I had a costume from back in the day when I took belly dancing lessons. My daughter was a cowgirl princess. 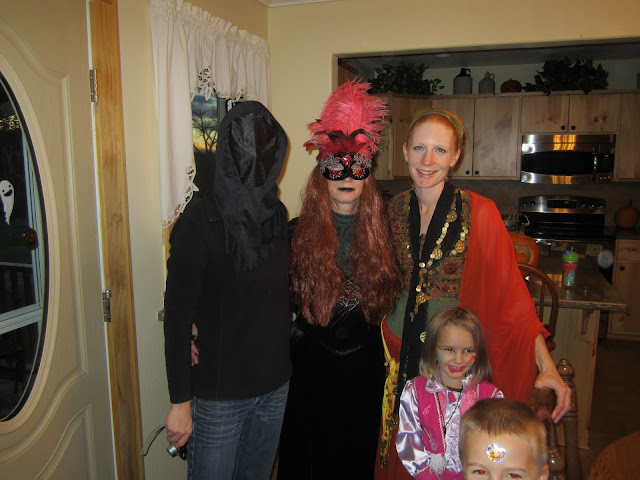 My Dad and my son as a knight in shining armour, and my nephew Keenan. 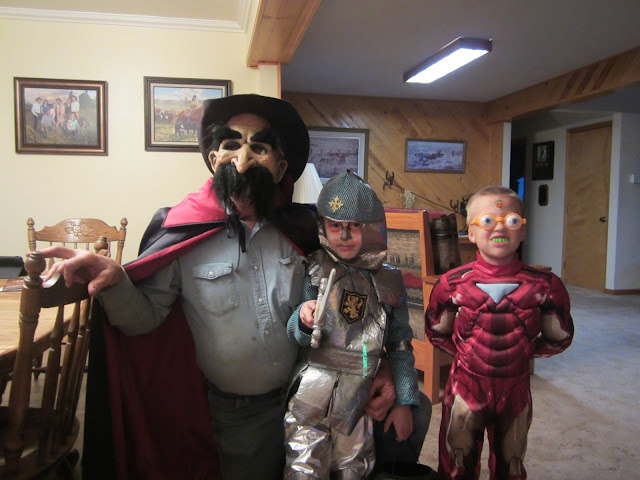 My aunt and uncle put on a scary scavenger hunt for the candy at her house, all the neighborhood kids got to participate. It ended in her barn, which is where we took the group picture, not pictured are all the men who did the spooking part. 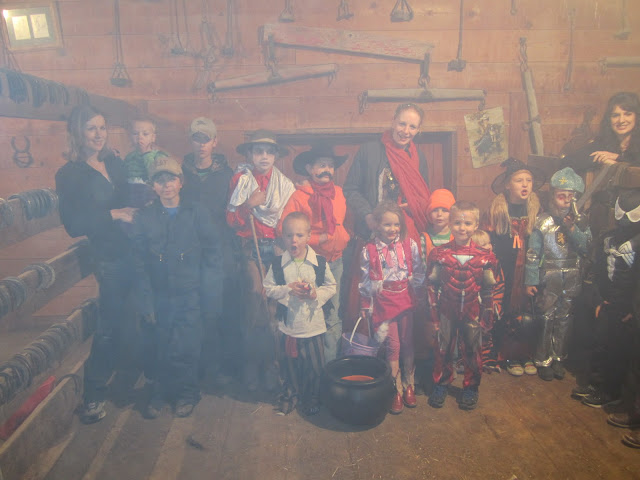 Yup lots of kids on the neighborhood.

Here is what my nephew Van thought of the scary stop. 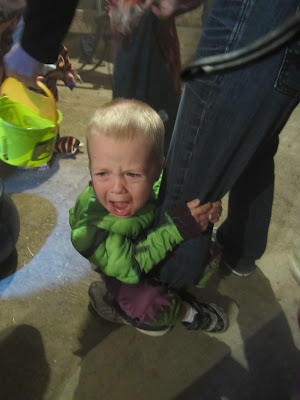 8 stops and 2 and a half hours later we were back home where I had to attempt to put sugared up kids to bed.  Not a problem, they CRASHED!

Posted by Christy @ My Dirt Road Anthem: A Runner's Blog at 3:12 PM