I could see all week that Sunday was going to be cold. Luckily the race was at 1:30 in the afternoon, so the temps for the race would be about as warm as we could hope for, and they were.  I wasn't about to skip my first race since Hood to Coast in August!

It was in the mid to high twenties, with only a slight bone chilling breeze and best of all sunny.  The sun really makes all the difference at those temps.

The race was held at Riverfront Park in Billings so I knew it would probably be a trail run of sorts, but with the snow it was a whole other matter.  I brought my Yak Tracks just in case but as the course was mostly just snow covered grass and trails with a very small portion of it cleared, I didn't feel like I needed them. 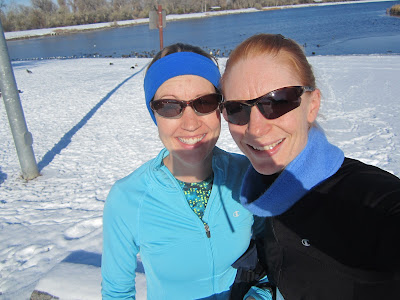 It was a loop with an out and back in the first loop and then another loop.

My sister and I ran the loop as a warmup and to see how the running would be.  I could tell right away this would be no PR attempt.  (not to mention no speedwork lately anyway, but with all the loose snow it was a lot of work running!)  We took a pause for a photo shoot.

﻿﻿ It was a beautiful place to run, but here is what our running paths looked like.   Snow covered! 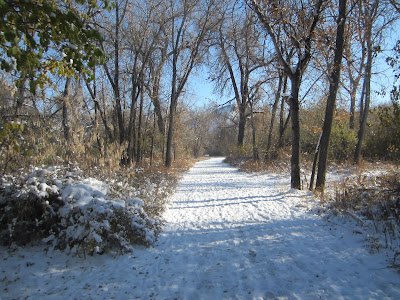 Unfortunately there was not a great turn out for the race only 66 brave people showed up.  There were a number of Team Beef Montana runners including Amber from my Hood to Coast team.

The first part of the run was through loose snow on the grass and I though "this is going to feel like a long 5k"  It was hard to get good traction! At least we had lots of pretty scenery. 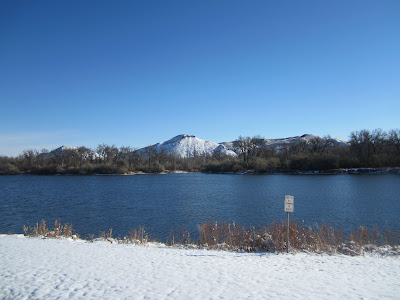 Finally we hit some cleared trail and it felt good to shake all the weight of the snow off my shoes and run.  A guy dressed in a cow costume passed me about a mile in and I spent the rest of the race trying to catch him again.

Final time 22:38 with a 7:13 pace according to my Garmin.  I was shooting for a 7:12 pace since I haven't done any speedwork in months.  Taking the running conditions into consideration I was more than pleased with my time and think I would have smashed my goal had they been more ideal.

Here is the "cow" I was trying so hard to beat and me of course.  I did win top female overall and a gift certificate to Scheels as well as a fleece lined running pullover jacket. They are going to send me the jacket and have it embroidered with top female finsiher type stuff.  YAY!  (it even has thumbholes) 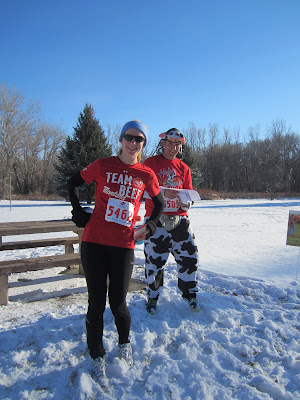 My sister ended up being third in our age group. Yay little sis!

Here is what Rocky thinks of it all. 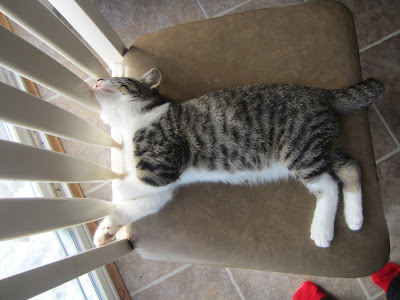 Did you race this weekend? How did you do?