Wow, how is it August 5th already?! Summer has been flying by.  The last race I did was a half marathon relay in Stanford, MT with my great friend Billie Jo.  It was so hot!  I had several other Team Beef friends running in the half and the relay as well. 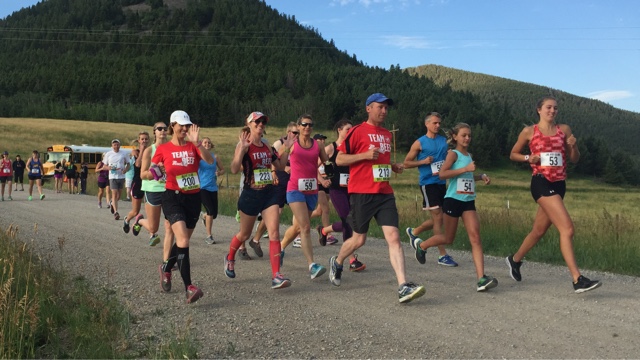 She ran the first half of the race and I ran the second half. It was a small race but was well worth it. I was originally planning to run the half marathon, but she really wanted me to do the relay with her as the prize was a belt buckle for the winners and she had her eye on it.  She was also relatively sure we could win it. 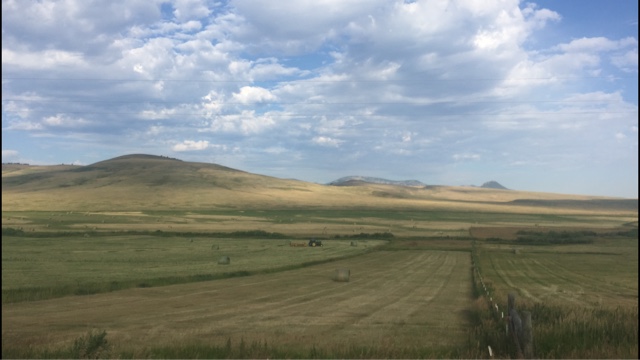 The scenery was gorgeous for sure! Love all the wide open spaces!  There was a little cloud cover in the morning that really helped, but by the middle of my run it was all gone and was just HOT out. 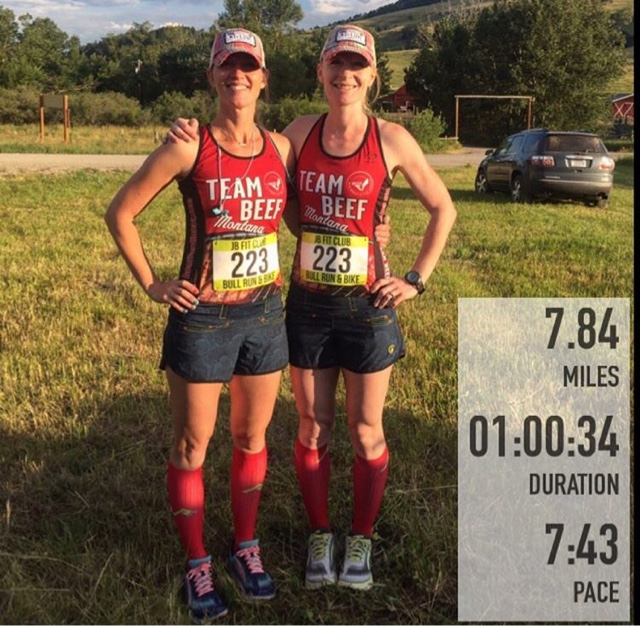 and we did win the belt buckles and yes we totally dressed all matchy matchy.  The only thing we didn't agree on was the color of our Torins. 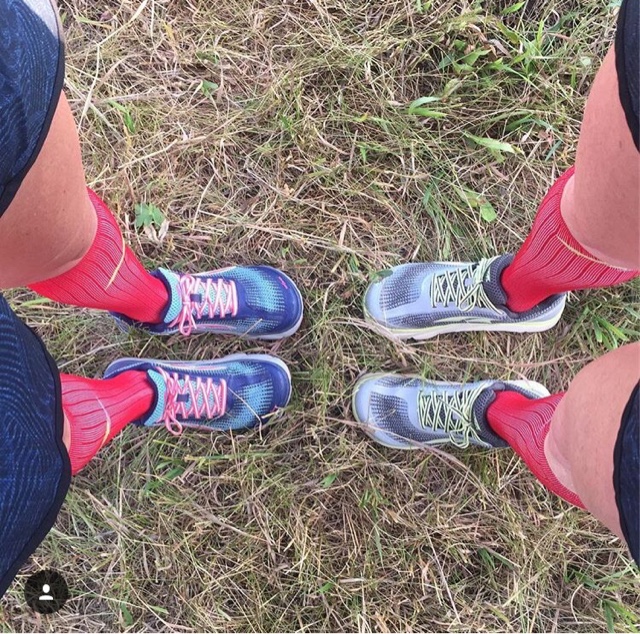 I don't remember too much about the specifics of my leg of the race except the last three miles lasted an eternity and it was so hot! Its a small race so there wasn't too many people, I did pass a few but it was all people that were running the half and not the relay.

Our daughters ran a mile fun run, but weren't quite as matchy matchy/ 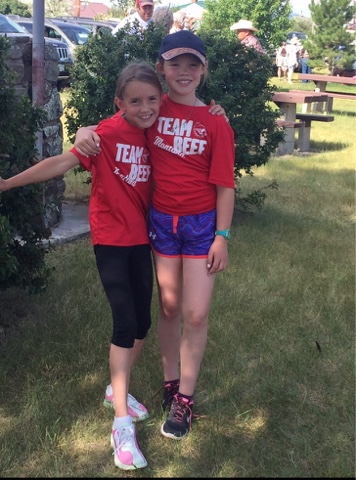 Overall a great time with pretty good swag for a small race, I would recommend it to anyone.

up next for me is Ragnar Colorado. I will be running the same legs I did the first time I ran Ragnar Colorado and am pretty pumped about it. I am looking forward to a runcation with my running besties and my little sister gets to join the team this year.
Posted by Christy @ My Dirt Road Anthem: A Runner's Blog at 5:30 AM