1. It's a beautiful and snowy world right not and after an extended amount of time in subzero temperatures the 20s yesterday for my run felt wonderful even if it was cloudy. 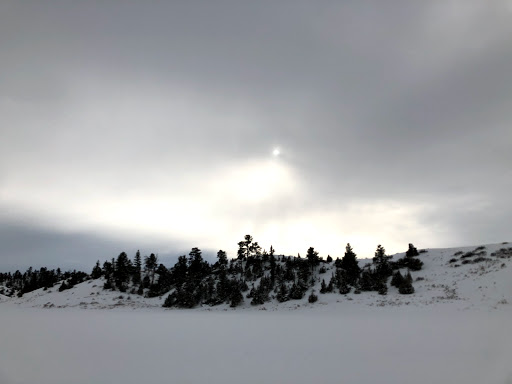 3. I drove down the road a ways from my house to run so we could run the road along the creek, with at least a foot of snow on the ground, trails weren't really on option, but I do like a change of scenery. Cola rides so good in the back of the car, Roader on the other hand always seems to think rules don't apply to him and he climbs over the seats to come and sit with me.

I admit it was cracking me up a little bit to see Cola watching from the back while Roader sat up here. 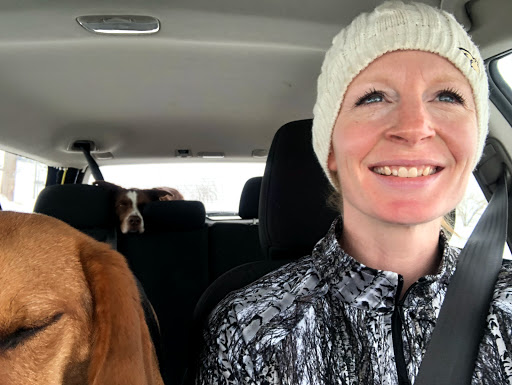 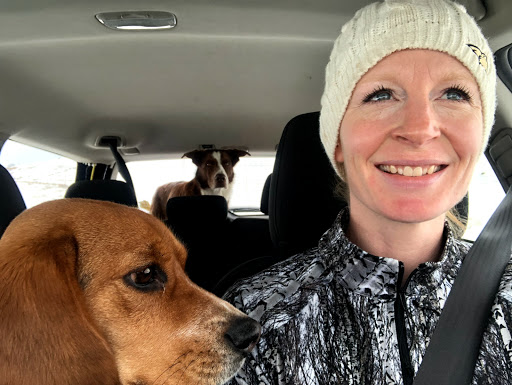 It was one or the other 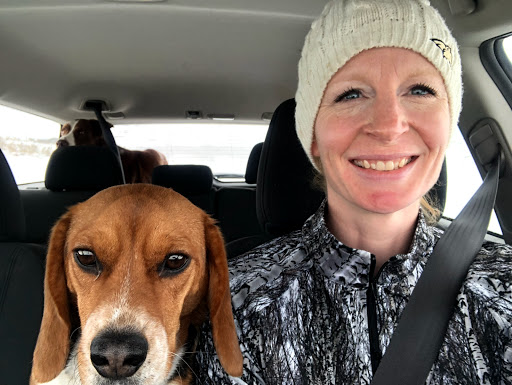 3. Then right towards the end of the run I wasn't being as vigilant with Roader as I should have been as all of a sudden I heard him baying across the creek in the snowy hills.  I didn't have a lot of desire to track through the deep snow in my running shoes so I ran back and forth yelling for him for what felt like forever.  I would hear baying in one direction and then another and then nothing. 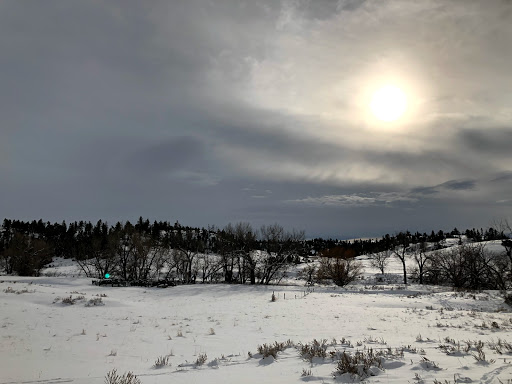 I knew from previous experience that he will come back and either find me or head back to the car, I wanted to get him before he got back to the car, which was at the barn, where there were lots of animals and I did not want him chasing anything there. The heifers, I was afraid, would be all too willing to run from him and make a fun game for him.

I finally saw and heard him come out on the road about a quarter of a mile ahead of me on the road and he was headed back to the car! I took of running and yelling at him, but in his focused baying state he did not hear me.

I was a mile from the car and he was about three quarters of a mile, I thought maybe I could get closer and get him to hear me. Unfortunately it was also uphill to the barn including one very not fun to run hill.  I never did get his attention, and when I came over the last hill to the car/barn, there was Roader sitting sweetly by the car.  WHEW!

All the fussing around did add an extra 1.3 miles to my long run.


And yesterdays sunrise for a bonus 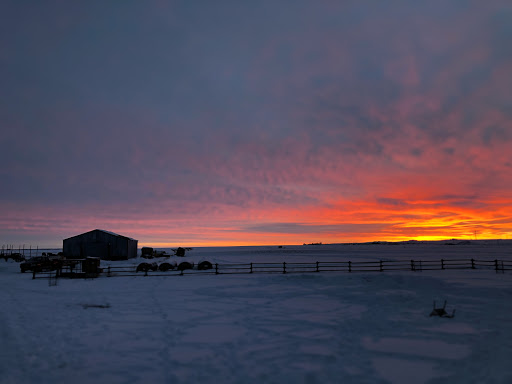 Posted by Christy @ My Dirt Road Anthem: A Runner's Blog at 4:27 AM