The weather yesterday was divinely beautiful in the morning.  Springlike almost when the sun was out.

I knew it was going to change in the afternoon so I made sure I had plans for the kids (thanks little sister) while I attempted my longest run ever.  17 miles.   It seemed daunting when I started out.  All those miles yet to go.  All the hills I had to run.  But I knew all I could do was take it one step at a time.

My previous longest run was 16 miles, I did it once last year.  My longest run so far this year was 15, but I felt like with all the time off from running this week due to sick kids and being sick, it was totally doable. 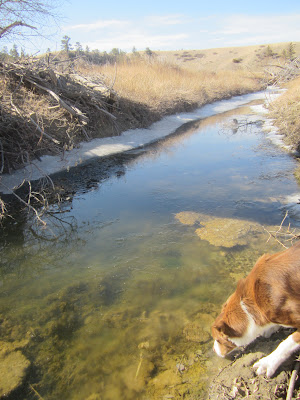 Lucky for Cola we were running on a road that is close to a creek, so we took a little hydration break at 10 miles in.  If I don't stop to make sure he gets a good drink, he will just take a couple laps at the water and run on.  So every now and again if it is a long run or a hot one I make sure he takes a good long drink. 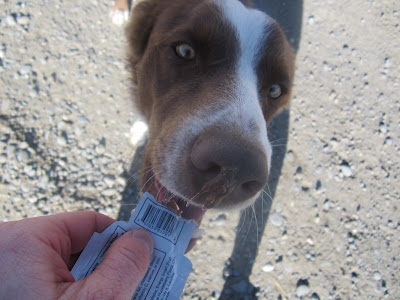 Cola looked really interested in my Hammer Gel.  It was Huckleberry flavored and really yummy, so I let him try the last little bit.  I didn't realize at the time it was going all over his nose!  I think he liked it.

I also included Grandma Lil's Half Marathon virtual run in my run yesterday. If you want to participate you have until the 28th to either run a 10k or a half marathon.  There are some great prizes. 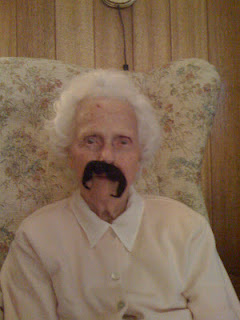 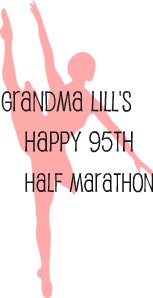 Check out Grandma Lil!  Looks like a fun lady!

Half marathon time.  Woohoo less than 4 miles to go to get to 17 miles.  At this point it felt completely doable and no longer so scary.  I was starting to feel pretty tired though. 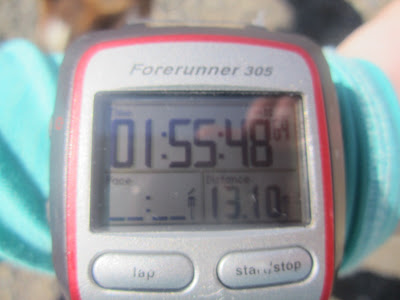 Here is the elevation changes I went through.  Lots and lots of hills!  No wonder my legs were so tired at the end! I do have to say that I feel pretty cool for having a 17 miler under my belt :)

Don't forget to check out my Click review and giveaway if you haven't already!
And I will leave you with this..my daughter pretending a sweet potato is a phone. 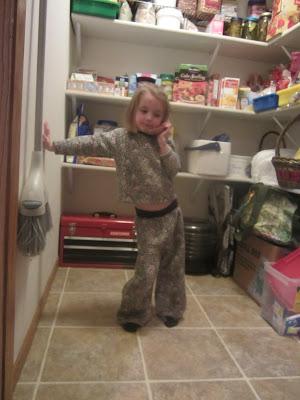