I would have to say that I am very relieved that jury duty is over.  I was tougher than I thought it would be.  When I finally left there yesterday I was drained. I went home, went for a run and relaxed later that night with my family.  I feel lucky to have the life I do.  Lucky to have the family I do.  I am glad that in life I not only made choices that have got me where I am today, but that my friends and family did too.

We had to help decide the fate of some very bad people.  We deliberated for over 10 hours.  10 hours of  heart felt and sincere arguing with each other. 10 hours of soul searching, are we doing the right thing?  The judge was very helpful in making this experience as positive as possible.  He told us when we were done this was the longest he had ever had a jury deliberate.  He said this was actually good as we didn't give up and kept hammering away at it.  He has had juries come back after only a couple hours and be hung.

He also commented the first time he heard our room erupt with laughter he thought we were done and headed out to his chambers.  the fourth time he heard us do that he didn't even get up.  He stated that historically when the jury room does that it means they are done and relieved to have reached a conclusion.  When we did finally send him a note to say we were done he was shocked because it was so quiet he could have heard a pin drop.  I think when we all finally agreed we were so relieved to be done, but we also felt the extreme gravity of the situation.

These were people's lives we were affecting. 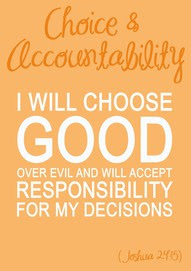 The judge came in the jury room later and let us ask him questions.  There had been a lot during the trial we couldn't know because it could have biased us, but he explained it all.  I think that all made us feel better.  He also said he had great faith in the jury system and had seen it work again and again and our decision only reconfirmed his belief in that.

our case really came down to a he said, he said and who do you believe that most.  There really was no hard evidence.

Hard stuff!
Posted by Christy @ My Dirt Road Anthem: A Runner's Blog at 5:25 AM