I had such an awful slogfest in the mud Tuesday that I was really feeling like I just needed a good run, so I set out  Wednesday looking for a little redemption.  The first two miles started out slower than I wanted but since I was going to be throwing in some 400s I tried not to dwell on it.

At the start of my third mile I did my first 400 at 6:45 pace and was surprised at how good I felt.  I did a total of four with a quarter mile recovery job in between.  Then I had a huge three quarters of a mile hill to go up so I put them on hold till I crested the hill, but when I got to the top of the hill I sort of forgot about the intervals and found myself cruising along a mile later at 7:55 pace.

I felt like the 400s I did earlier had hit a reset button.  I cruised along for the rest of the run and did the last of the 11 miles an 6:49.  To say it felt good was an understatement.  Sure I was tired at the end, but I still had so much energy.  I felt like I could have done a couple more miles at the 7:50ish cruising pace.

Yay for a great run!

and now for a quick recap of my 2012 goals and how I did with them in January! 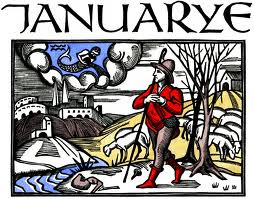 1. Drink more water:  I am doing a lot better at work, but don't seem to do very good at home.  I think it is just the weather being cold maybe?  I can walk around cleaning the house and think "I'm thirsty" but then I just do and do something else, like getting a glass of water is such a big chore or something.

2. Wear more sunscreen:  I have been more careful about applying the face lotion with the sunscreen on my face and neck and ears before I run.  Even when it is cloudy just so I stay in the habit.  Although I bet I still didn't do it about half the time.

4. Eat less sugar: I have been doing better here.  When I stop at the gas station to get gas I do not go in and get a bag of candy anymore, but I still eat it, if it is in front of me.

5. Run Faster.  I have done a couple speed workouts, but no races yet.  I have also stepped up the HIIT workouts, which I like to believe help make me faster. My first race in March 18th and is a 5k.  I figure it will be a good benchmark of where I am sitting for the rest of the racing season.

6.Read the kids a bedtime story every night.  Done except for the times they fall asleep on the couch early.

7.Keep running clothes in my car so when the opportunity presents itself I can knock out a quick run.  So far doing this has resulted in an extra 14 miles during the month of January. This helped me get my highest mileage in a month ever!

Have a great weekend everyone!

Anyone racing this weekend?
Do you ever feel like you have a reset button and suddenly running just feels great again?
Posted by Christy @ My Dirt Road Anthem: A Runner's Blog at 2:45 AM