The last couple of days have been crazy with my son starting kindergarten and getting packed for Hood to Coast. I have cried at least twice. I can't believe my son is old enough to go to school already.
There was an open house Monday night, so we went down and met his teacher, saw his classroom and dropped off all the kleenexes, sani wipes, and glue sticks. He found his name tag on a desk and picked out a Spiderman folder from all the ones his teacher had set out for the kids.
All the way home he kept talking about things he was nervous about and what to do in certain situations. He was riding the bus to school in the morning but since we forgot to bring his nap blanket and gym shoes, I agreed to meet him down at the school and make sure he was doing all right.
My husband hadn't been able to go to the open house due to a fire so he went with us in the morning and by the time we got to the school, Cade had been dropped off the bus and he was out playing on the playground with his cousin.
He left after the bell rang and was happily in his classroom. When he got off the bus int he afternoon, he was excited to go back and to it again the next day. I loved sitting and talking with him all about his day and looking over his papers.
His sister on the other hand was very emotional about her brother going to kindergarten, maybe she was watching me a little bit too much, SO we went to town and had a little retail therapy and got our hair trimmed.
This morning I got up and was feeling ANTSY! I got ready to go for a run and for some reason I decided to drink a glass of Emergen-C two seconds before walking out the door.. not smart. All the fizzy gave me heart burn and made me want to throw up. I ran for two miles then watered my flowers and rested for awhile then headed back out. Gah! My run was just not good. Lesson learned.
Now I am enroute to Portland. !!
Packing was hard, I thought I had everything I needed, but I kept thinking of things and I had a last minute packing panic in which I tried to throw everything in my bag, luckily I came to my senses and kept it pretty sensible. I hope.
My daughter let me take her pillow pet along to keep me company. 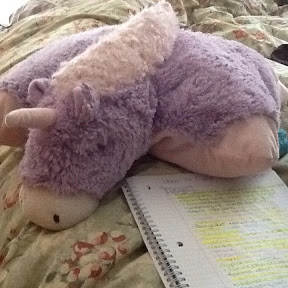 and this little guy is still doing good too 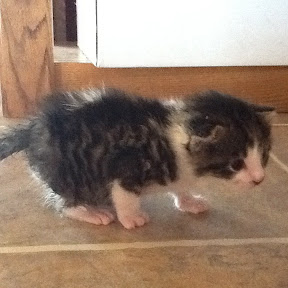 - Posted using BlogPress from my iPad