2012 was a busy year for me.  It of course did not go quite the way I had planned it, but what does in life.

January
I was feeling great and running strong.  I was putting in a lot of miles and enjoying the mild winter.   Cola got really sick and nearly died.  I didn't do any races in January except for a virtual one I think.
I ran 156 miles.

Febuary
Still running strong with 150 miles this month.  Beginning to toy with the idea of doing a marathon this year thanks to the Marathon Training Academy podcast, which is a much less scary podcast to listen to then Anything Ghost. Again no races this month. Just running for the joy of it. I also had jury duty that lasted a whole week of my life!

March
168 miles this month! Feeling great.  I did a 5k and got a PR for that course.  I offically signed up for my first marathon. 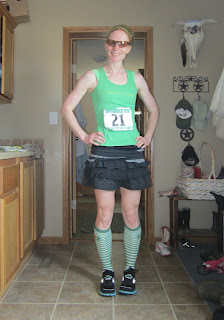 April
An amazing 183 miles were ran.  I did my first Peaks to Prairie Adventure Race as part of a team.  I also ran a 10k where I got lost and only ran 5 miles.

July
108 miles ran
First marathon.  I ran the Missoula Marathon and felt great for 20 or so miles and then the wheels came off the bus and the last 6.2 were the hardest miles I have ever run.  I had planned to do a half marathon later in the month but never did enter.  I had a harder time recovering from the marathon than I anticipated. 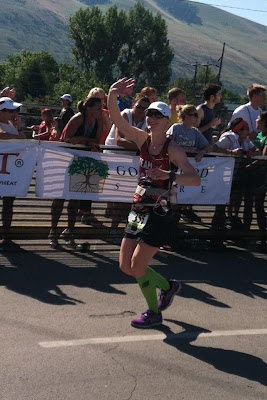 August
138 miles ran
Hood to Coast Relay.  Pure awesome and so much fun!

September
58 miles ran.  I felt like I was dealing with some burnout and my hips were bothering me, my hamstring was injured.  Not a good month for running.  I did start using my bicycle more. Didn't enter the half marathon this month I had planned too.  Just not feeling it.

108 miles ran.  Cola got hit by a truck and broke his pelvis.

November
98 miles ran.  I did a 5k Turkey Run on Thanksgiving and surprised myself with a great time despite no speedwork in months.

December
I was really bad about keeping track of my miles this month for some reason.  I only have 15 miles in DailyMile but I know I ran more than that.  Cola is back to running effortlessly. 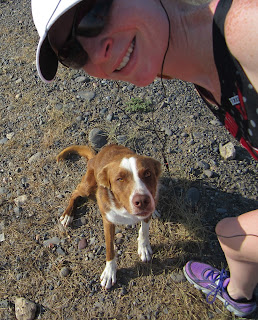 DailyMile has my year total at 1664 miles ran even with December all messed up.  That's a lot of miles!  Whew!

Overall I am happy with how the year went. I didn't run as many races as I had planned to, but that's okay.  I think it is better I sat them out than ran them. I had a great time with Team Beef and am looking forward to another great year of running with them. 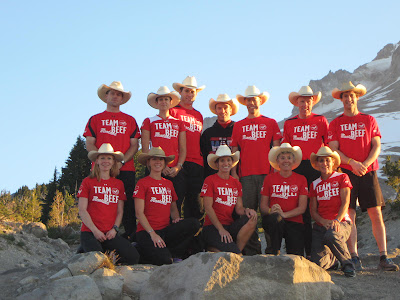 Posted by Christy @ My Dirt Road Anthem: A Runner's Blog at 5:37 AM