Happy New Year!  I haven't sat down and mapped out any new goals for the year yet, I do plan to though.   So far I have a couple of races on my schedule.  No plans for another marathon at this point. I think I am still a little traumatized from the first one.  I am thinking more along the lines of doing another in 2014.  My daughter will be in school then and I will be able to do long runs while the kids are in school.

I recieved some really great Under Amour Base 2.0 from my mother in law for Christmas and thanks to this really cold snap we have been having I have been wearing it running a lot.  Yesterday it was 14 degrees out with the wind chill making it feel like it was 5 degrees.

I put the base gear under my running tights and wore a pullover jacket over the shirt (along with a hat, mittens, toe warmers, a neck warmer and a light vest) and was almost too hot.  The best part was my legs never got really cold.  I hate when my legs start to get cold, but I hate being bulky.This really was a great solution.  My running tights fit over these easily and the shirt is really long. 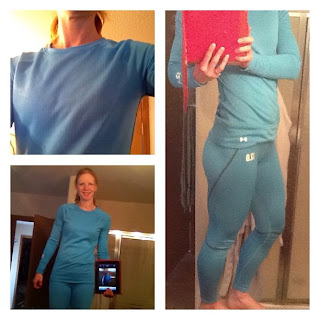 I did a long slow distance run and didn't look at my watch much as I didn't want to focus on time only getting in a good long run.  I did 9 miles at a 9:10 pace and felt pretty good until the last mile.  Then I just felt ready to be done.  I haven't run much in the last couple of weeks due to Christmas, back pain, and being sick so it just felt good to be out running with my little dog who is so full of energy and excitement again.
My husband and I were trying to figure out how to best organize our mudroom.  I found a great idea on Pinterest with three bookshelves side by side.  My husband thought that would cost too much so we drew up some plans and built our own thing.  I don't know if it came out cheaper or not but it was really fun to build with him. I am in love with it. 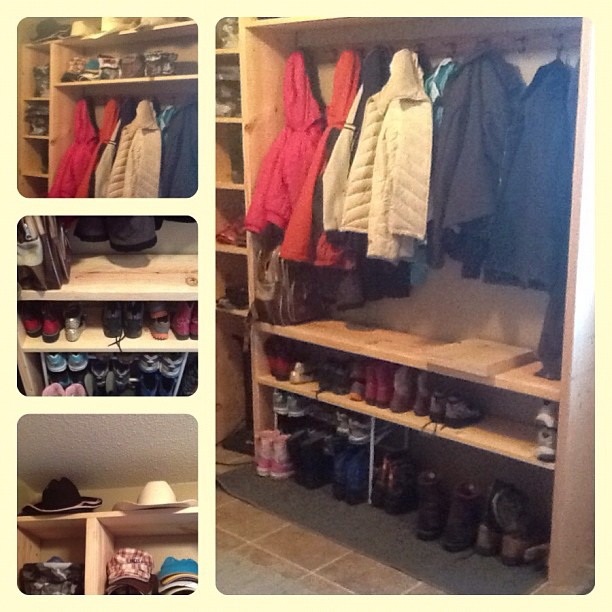 Due to the narrow space it was hard to get a good picture of it and I didn't get a before picture before he started taking everything out of there since I was out running when he started. I still need to stain the wood and varnish it.

For New Year's Eve my Dad found some fireworks in the basement at his house so we all went over for a weinie roast and fireworks. 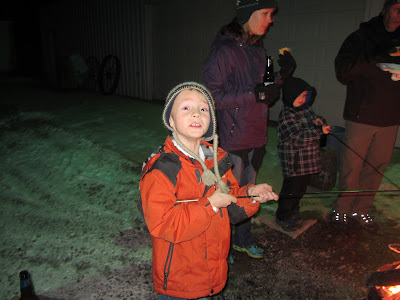 Sparklers too of course. 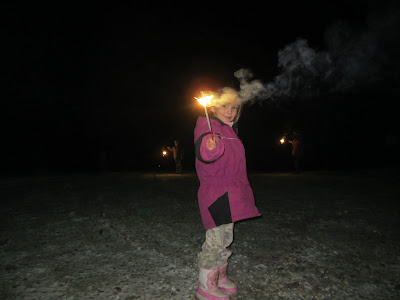 The fireworks were a big hit with the short people of course. So fun to watch with them and their child wonder and excitement. 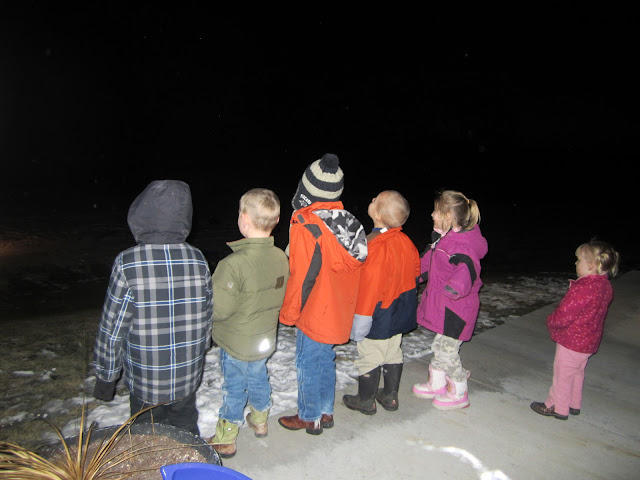 How was your new years eve? Abig celebrating? Did you stay up until midnight?
I only made it to 10:30!

Posted by Christy @ My Dirt Road Anthem: A Runner's Blog at 6:16 AM