Does this make you want to.. 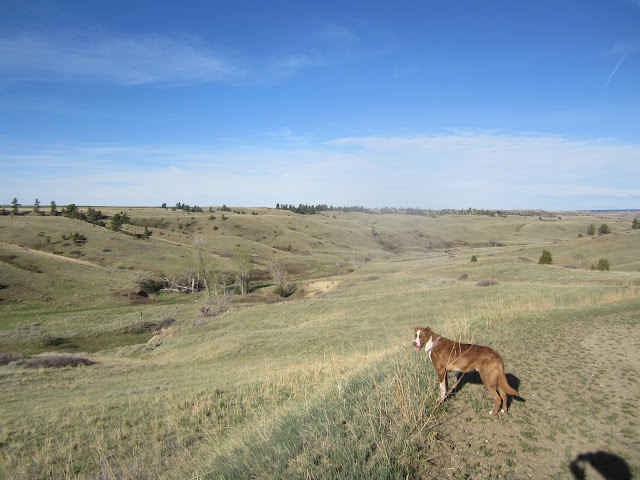 Cola and I went for a run Monday and I think I would have enjoyed it a little more had my quads not been so sore from running 9.3 miles in Peaks to Prairie the day before in 1:05:14.  There was about 900 feet of elevation drop from the start to the finish although with all the hills mixed in it didn't seem like so much of a drop.

My quads are still arguing with me about the today.  Walking down stairs is painful!  Thankfully today is a rest day!

Cola and I saw a lot of wildlife on our run Monday including rabbits, quail or some type of bird that flew up and scared the crap out of me), antelope and this deer that was nice enough to pose for this picture before bounding off. 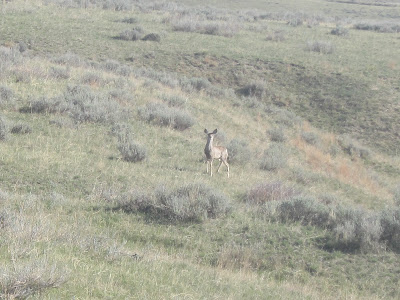 I think this watering stop was Cola's favorite place.  It was starting to get pretty warm out and I bet the cool water and mud felt good on his paws.  I was thinking it would feel pretty good to wade in myself but I didn't want to run four more miles back with squishing going on in my shoes. 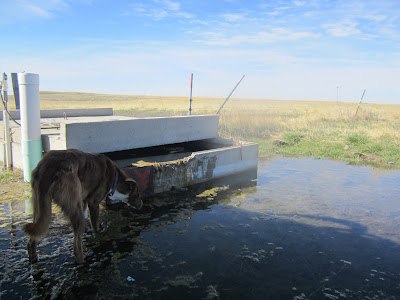 My Peaks to Prairie team ended up 3rd in the coed triathlon racing division...out of four teams.  I didn't really cared where we placed though I was just thrilled to have a team and get to run it finally.  Hopefully, I can convince them to do it with me again next year.

Pictures won't be posted on the site until next Monday,  boo.  I want to see them NOW!

74 days until my first marathon and YES I am excited!

Tell me this doesn't make you want to come and run with Cola and I. 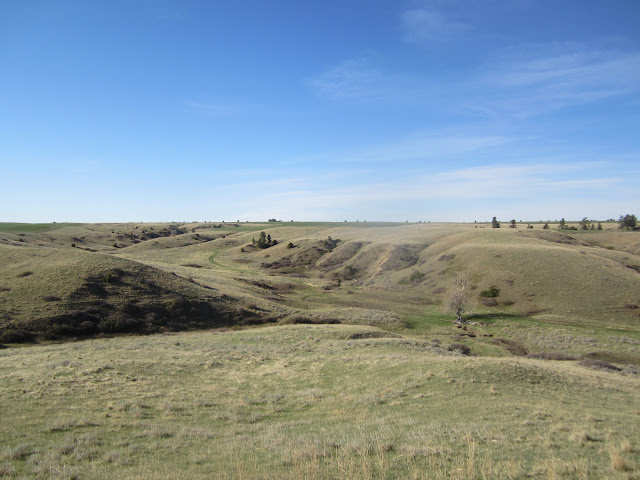 Posted by Christy @ My Dirt Road Anthem: A Runner's Blog at 5:35 PM