Who needs boobs when you can have a Garmin?

I think I have really made it as a blogger now.  I was contacted by someone asking to use my expertise and when they wrote to me they wrote  "Dear Joan"

Joan?!  Who in the world is Joan and did they really read my blog or just come across it and go straight to my email address. Joan is not even close to Christy.  Not even a single letter in common.  Anyone else get contacted by Wizpert?  Did they get your name right?

Although I think my favorite inquiry was from a lady wanting to do a guest post on my blog about mothers and the cost of breast implants.  I can tell you about the cost of implants because my mother works with two plastic surgeons and helps with a lot of those.  Even if I got the implants for free the cost is still around $7,000.  (If that is off Mom feel free to comment, i know it has been awhile since we talked about it)

I had a fund once for boobs.  I was saving all the spare change and one dollar bills.  It takes a long time to save up money of any significance that way.  Do you want to see what I actually did with that money?  It is okay to look because it wasn't new boobs. 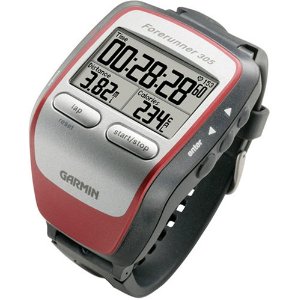 Yup I bought my Garmin.  Changed my life forever, maybe not in the way that new boobs would have, but I haven't been the same since! I guess I got over needing new boobs. I got a Handful bra instead and developed a bad racing habit that has led me to marathon training this year.

Speaking of Handful bras, I won one in a giveaway over at A Taller Order this week, YAY! I would link to the website here but my mouse just died and I can't figure out how to do it with my laptop now.  UGH.  Of course I am all out of batteries for my mouse.  You can check out Wym at atallerorder.com.

and here are some fun random running facts for your Friday reading pleasure!

The fastest speed of a human running was set by Usain Bolt at 27.79 mph during a 100 m sprint.

Since its inception, the Boston Marathon has been held on the holiday commemorating Patriots' Day. From 1897-1968, the Boston Marathon was held on April 19, unless the 19th fell on a Sunday. Since 1969, the holiday has been officially recognized on the third Monday in April. The last non-Monday champion was current Runner's World editor Amby Burfoot, who posted a time of 2:22:17 on Friday, April 19, 1968. source

Perhaps no finish at the Boston marathon was as notorious as Rosie Ruiz’s in 1980. After winning the women’s competition in 2 hours, 31 minutes, 56 seconds, Ruiz was exposed as having joined the race near the finish line. Shortly after, her 1979 New York City marathon time of 2 hours, 56 minutes was revoked when it was discovered that she rode the subway to the finish line.

The average recreational runner’s training program for a marathon is 22 weeks, and during that time will run an average of 40 miles per week totalling 880 miles before toeing the line on race day. source

A marathon runner will go through 2 pairs of sneakers while training for the race.

It takes the average woman 51,214 steps to complete a marathon.

The average woman burns 2,880 calories while running a marathon.

2010 had the highest percent increase in overall finisher totals (10%) in nearly three decades. Growth such as this hasn’t been seen since the pre-Second Running Boom in 1992 (9.2%) and recently, 2009 (9.0%), and based on preliminary totals, 2011 should also show above average growth as well in this country. source