A couple of months ago I was sent a Kona Kase that had some Perky Jerky inside.   I love jerky so I was pretty excited about it.  I was so excited in fact I emailed them and asked if they could send me some other flavors to review on my blog and asked it they were interested in supporting Team Beef/ Montana Running Rancher at our Ragnar in Colorado.

They were super awesome and sent me a box full of Perky Jerky.  A box full of samples for the team to enjoy and help keep us fueled at the relay and several larger bags of different flavors for me to try out. 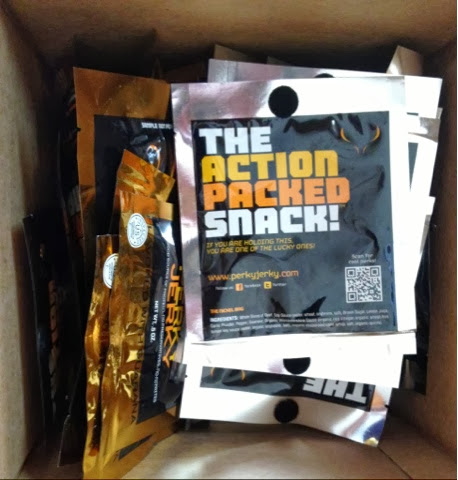 How Perky Jerky came to be:

Our story -- like most good stories --- begins with two Jerks in a ski lodge. After a long, hard night of energy-drink-cocktail-fueled libation, these jerks settled in while the winter storm raged outside. The next morning they awoke, loaded up their gear, and headed out to the mountain. Amongst this gear was an open bag of peppered beef jerky, which had, unfortunately became drenched in some of the energy drink that had been carelessly spilled the night before. On the first lift up, it made no difference. To these jerks, jerky was the only breakfast they needed, altered or not. Much to their delight, the jerky had retained its original flavor, but was more tender by the accident. What's more, as they floated their way down the mountain through bottomless powder, they realized they'd been given an extra boost - the jerky had taken on some of the pep of the energy drink. On the next lift ride up, the greatest innovation in jerky since cracked pepper was born.


Since then, these Jerks developed a very sophisticated process for making Perky Jerky. The result? Just the best tasting, most tender jerky around. The bonus? Perky Jerky is now the ultimate snack to help get you up the mountain, down the slope, or off on whatever adventure you decide..


My thoughts
My favorite flavors are the Sweet and Spicy and Teriaki Beef flavors. 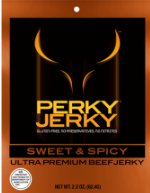 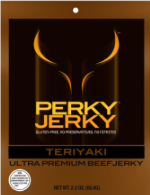 The only flavor I didn't try was the Hot and Bothered flavor.

and since I came home with some bags of jerky from the Ragnar in Colorado I am going to share the love and give some away.  If you want to be entered to win some single serving bags, just comment below.   I will pick two winners using random.org on Monday November 4th.  Each will win three bags or Perky Jerky.  YAY! 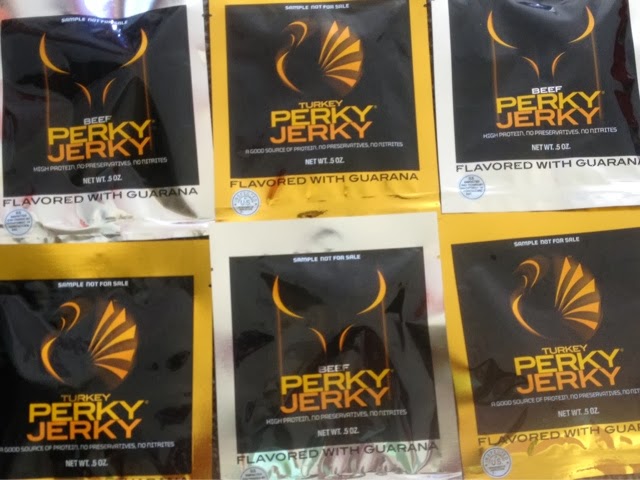 disclaimer.  I was sent Perky Jerky to review and for Team Beef Montana. I was not compensated in any other way or required to give a positive review. All opinions are my own.

in a ski lodge. After a long, hard night of