Cows, a Coyote and a Run

I knew I wanted to get up into the hills yesterday for my run and since my husband wanted to drive up and check on some cows they had moved in the fog Saturday morning to make sure all the mommas and babies were happy so I rode along so that I could run home from there. I love when I don't have to do an out and back!

The kids got to play, explore and look for cool rocks while Rance looked at cows and I took off running with Cola. 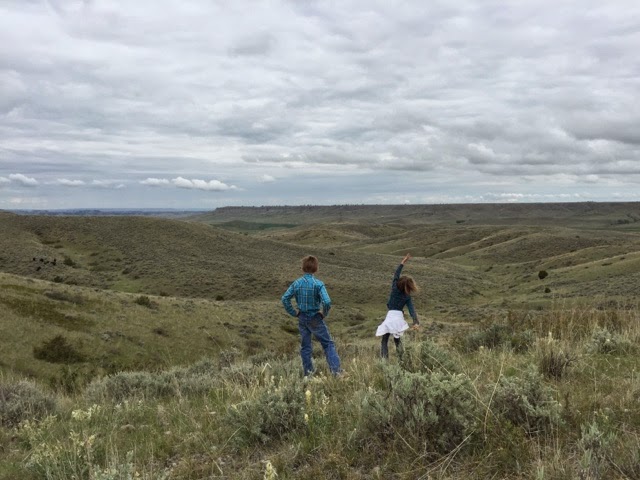 It was a beautiful morning and I think Cola was enjoying it as much as I was. 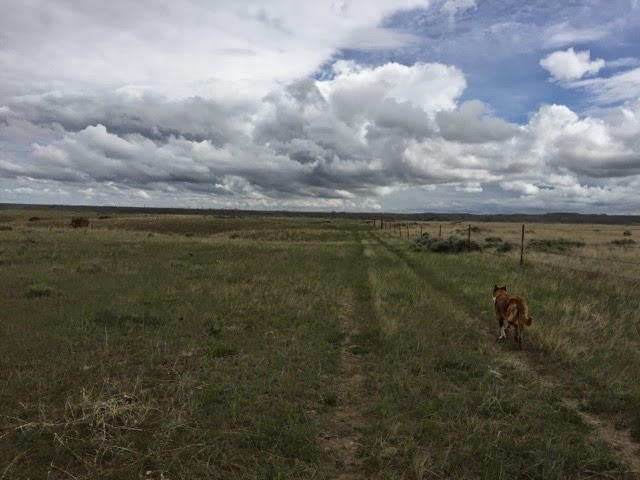 We ran through sage brush hills, and along a wheat field for awhile.  It was while running along the edge of the wheat field that I saw what looked like a dead animal up ahead, but when we got about 20 feet from it up, popped a sleeping coyote and off he went.  I am not sure which of us was more startled, probably the coyote who was just trying to take a nap! 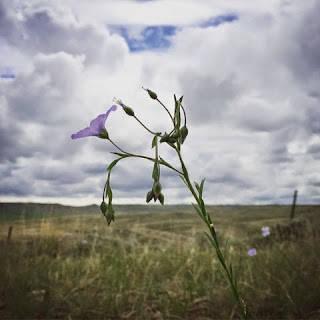 Yesterday was the best my legs have felt since I ran the half marathon last weekend.  I took most of last week off from running and did more cross training.  I spent time on the rowing machine and elliptical as well as getting in some good yoga sessions.

Nothing compares really to getting out and having a good run in the hills all the green and the wildflowers this time of year are so good for the soul.

The great part about starting the run where I did was it was a lot of downhill although I did run some extra hills in order to give the cows a wide berth here.  Cola and I running through them tends to get them excited, especially when they have babies. 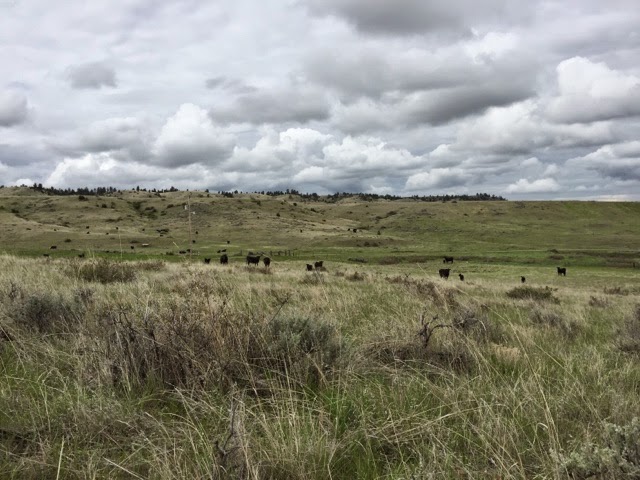 Although then to get home I had to run up a big hill, like nearly two miles of mostly all up hill.  Not nearly as fun, but good for adding some strength!

How was your weekend?  I know for some people it was a long weekend, but I nearly always have Mondays off so it kind of felt like just another weekend!   My kids get out of school this week for the summer and they are super excited about that.

Posted by Christy @ My Dirt Road Anthem: A Runner's Blog at 4:23 AM