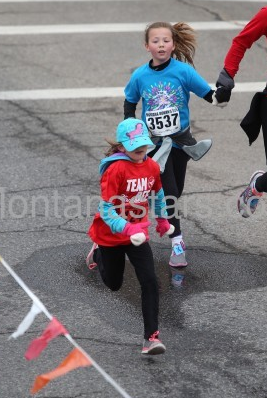 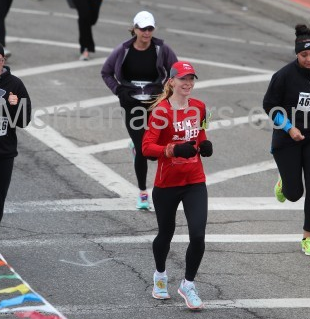 My 2 mile run photo was a lot better than the 5 mile photo. Eyes open and smiling as I watch my daughter cross the finish line right in front of me. 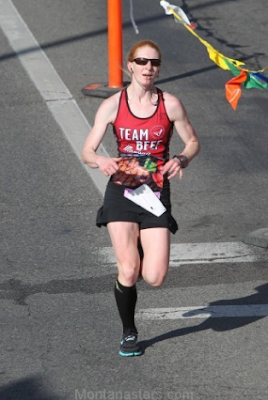 I look way more bad ass in this one from 3 years ago, except for the one where I look like I am going to vomit. 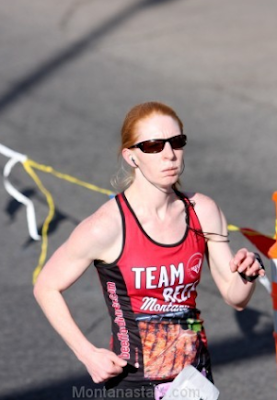 What's next for me?  I have half number 2 and race number 4 for the year under my belt and have of course by now already looked at some more half marathons. I am hoping to get in at least 2 more this year, if not 3.  Happily there are starting to be more local half marathon options.  When I started running halfs there were only 2 local ones.

Now there are 5 I believe.  YAY!  One in May, July, August, September and October.  The July one I will be gone for as I will be busy running a Ragnar Relay that weekend in Washington.  I am more than okay with that as that half marathon is always hot and miserable and is acutally run on the same course as the half in October.

I want to do the September and October ones for sure with the September one being an A race.  I am torn on the August one a) it's still a hot time of year b) it's supposed to be downtown which could be a potentially boring course.

Kiley was incredibly generous and wrote me a plan for this last training cycle. I have never actually closely followed a plan, had one wrote for me or had one written down in general.  I usually just worked in a long run, a speed session and some easier runs.  I followed it pretty closely until the last couple weeks when I had an illness, bad weather and family visiting.  Here are my thoughts on having a plan.

I took most of last week off from running and used the rowing machine a little, did one easy run and some strength training.  I may take another easy week and then get back into it.

I am happy with my time difference,  overall I finished two minutes faster on a slightly hillier course.  They both started up hill followed by a lot of downhill.  Bozeman's Run to the Pub then had two hills around mile 9-10 and a down hill finish.  This last half in Billings had a hilly finish from mile 8.5 on and I felt like I finished stronger.

If you are looking for someone to write a plan for you or a coach I encourage you to contact Kiley, she is pretty awesome and she likes writing plans!