This is the fourth relay I have done and the third Ragnar.  This was probably my favorite.  I might say that about every relay though.   I left Wednesday and drove to meet up with 4 other team members. We headed to Bozeman and picked up the vans for the team then drove on to the next meet up point and picked up some more runners. We drove to Spokane Wednesday night and then drove up to Blaine Thursday where we spend the night at the Semiahmoo Resort and Spa.  It was beautiful!


Team Beef Montana's start time was 9:30 so we took some team pictures in the morning and then headed over to the start to cheer on Ed and the boys as they took off on their first legs.  The girls were in van 2 so while we waited for our turn we did some grocery shopping then headed to exchange 6 to wait.

We had lots of jerky that Hi-Country Meats donated for us to hand out and we had no trouble giving it away to other runners and volunteers!

My first run was: Leg 11 6.8 miles rated HARD.
It was pretty warm out by the time I started running and three miles into the run I was starting to get hot.  I was glad to see my team about halfway through with a bottle of water for me.  I grabbed the water and ran with it and was glad I kept it.  The bottle was full and the water would splash out over me as I ran, coupled with the slight breeze it renewed me. After about half splashed out I rationed the water between taking sips of it and and dumping a little on the back of my neck.
Time for 6.8 miles was 51:38 with average pace of 7:34
Second leg was about three in the morning and it was dark out, which was a bit of a bummer since I think it would have been a very beautiful leg running over the Deception Pass Bridges and through the state park there.  It was peaceful in the dark for my hardest leg and there were just enough runners to keep me motivated and moving.  This was the run I was the most nervous about just because of the distance, knowing it would be in the dark and the hills!  It was so hilly! Over 950 elevation gain and over a 1000ft of loss.
Time for the 9.8 miles was 1:21:05 with an average pace of 8:16 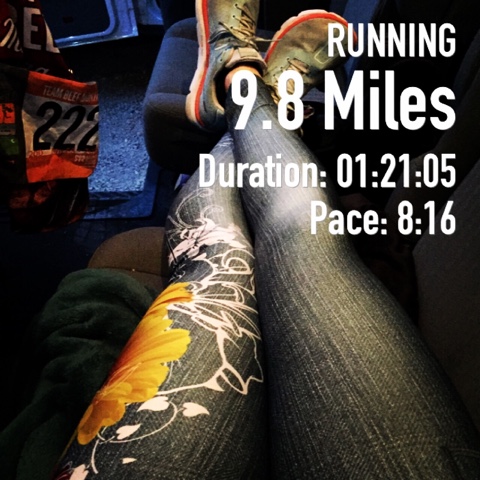 Leg 3 was the hottest, but also the shortest leg I had.  Three miles in I was feeling cooked, thankfully I only had to run 3.8 miles so mentally it was easy to power through and finish strong.  My leg ended up being 3.71 miles according to my Garmin so that made me happy too. There were some hills on this leg as well that helped make it challenging, but I was really feeling the sea level effect and finished in 28:46 for and avg pace of 7:45
My total time and mileage:


Team Beef Montana had a time of 26:59:32 and ended up 26th out of 354 teams in our division and 59th out of 539 teams overall. We had a super strong awesome team and I am so proud of everyone's effort.    We had lots of fun and I can't wait until the next one!  I, am however quite exhausted and am going to post another time with some of the fun we had and my thoughts on the Ragnar NWP overall.