You like to eat right? Learn a bit about your food!

My Dad and brother started combining the wheat recently so I knew I had to get the kids up for combine rides... or maybe it was me wanting one most of all. 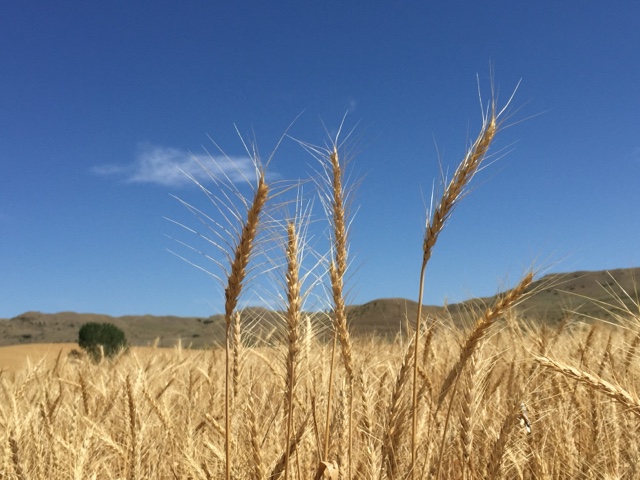 I spent a lot of time riding in the combine when I was little, I think I like it more now than ever.  Maybe it just has a lot to do with getting to spend some quality time with my Dad.


When I was little I had to sit on the floor of the combine, but now they are bigger and have buddy seats. Enough room for my Dad, me and one small cowgirl!  His dog had the floor occupied anyway. Can you see the top of Roscoe's head in the picture below? 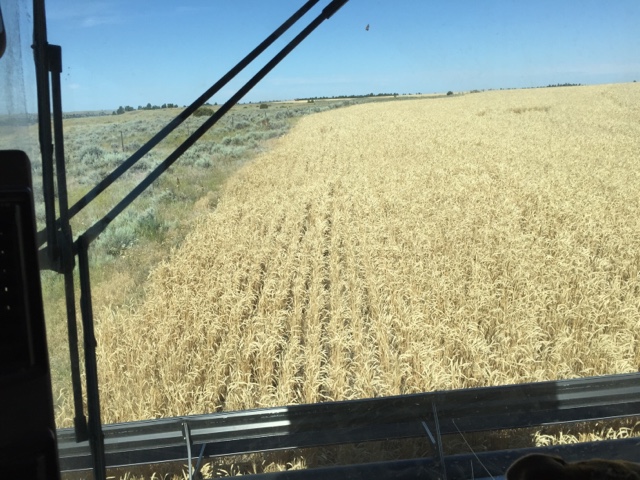 The wheat is combined, unloaded in to truck and the truck either takes it into town or empties it into a grain bin for storage. 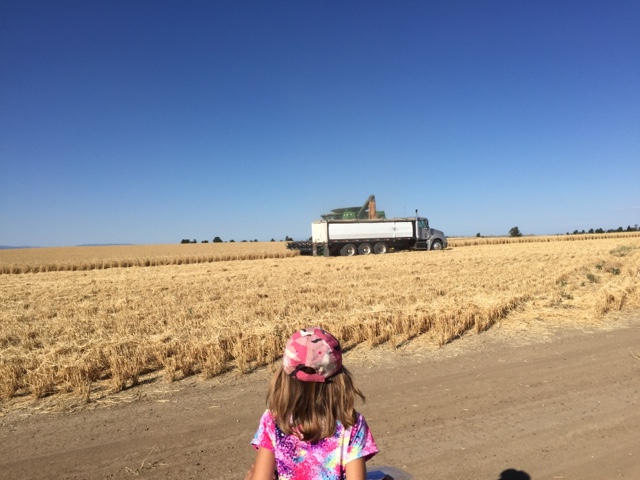 How about some wheat facts? 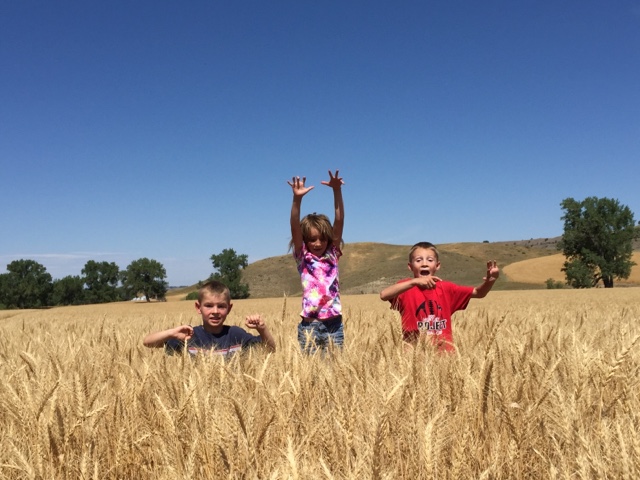 Farming.. especially dryland farming like my family does is a bit of a crap shoot every year.  Farmers are very dependent on the weather, too hot, too cold, too dry, too much rain, rain at the wrong times, hail that can knock a field flat and once you get past all that  they are dependent on the markets.  The price of fertilizer, fuel, weed control, machinery up keep, and taxes all cuts into the profit.

I get a paycheck every two weeks  Like clockwork.  Farmers get one once a year.  or if like my Dad you also are a rancher twice a year (also dependent on a million factors).  Let that sink in.  One or two paychecks a year.  All the hard work and hours spent in the fields.  There is no 40 hour workweek.

When I worked for my Dad in the summers we had 60 hours workweeks.  10 hour days from Monday to Saturday. Funny but sometimes those days went by way faster than my 8 hour ones now.  Haying, planting, calving and harvest all mean even longer days.

What is your favorite wheat product?  Me.. I love cake!
Posted by Christy @ My Dirt Road Anthem: A Runner's Blog at 5:07 AM