Sometimes you have to deviate!

All I knew when I left the house this morning as I set out on a run was that I was going to run 11 miles.  I didn't have a route planned, I didn't have a podcast picked out.  I made a split second decision to go left as I headed out.  I was a little bit dreading the long run.

As I got to the turnaround point of the first out and back I remembered I have been meaning to run more hills as part of Ragnar training so instead of turning around I headed down the hill.  I was planning to turn around after a mile and a quarter down the hill and run up it doing repeats.

I looked over and saw this.  See those trees down there. I wanted to run on the road that runs thru the wheat field there. I haven't for well over a month. 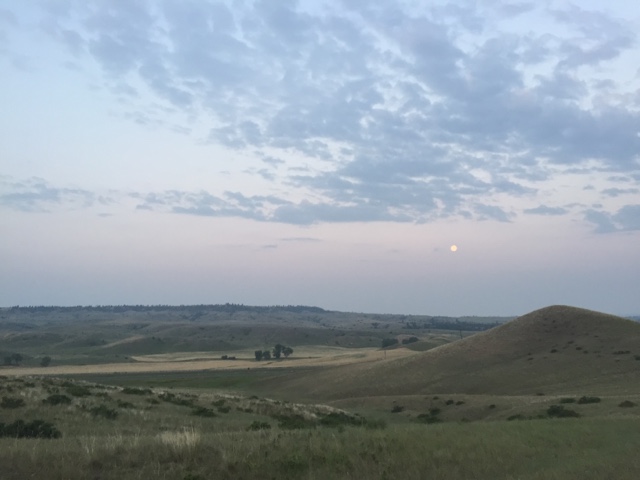 So kept going down the hill.  It's a big ass hill.  It goes sharply down for just over three quarters of a mile, levels off a bit and then down some more.  From the top to the bottom is just over a mile and a half.

The sky was really hazy this morning and made for some beautiful photos. I really love where I live. 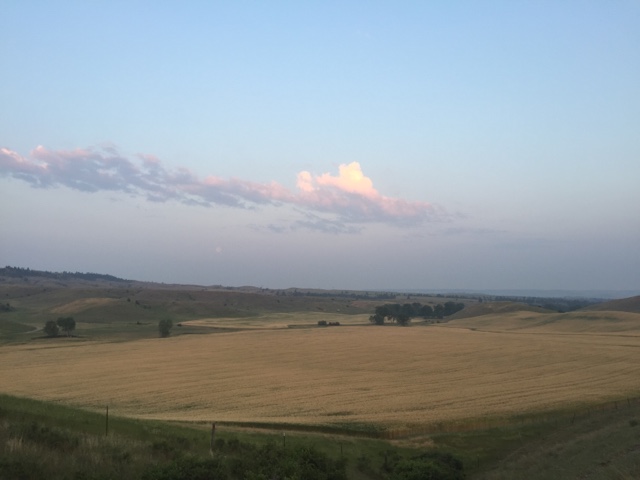 I did a couple things different today on my run
I think Cola was happy to get off the same roads and have some variety too.  The long climb back up the hill was tough and I did walk a couple times, but it was so worth it for these views. 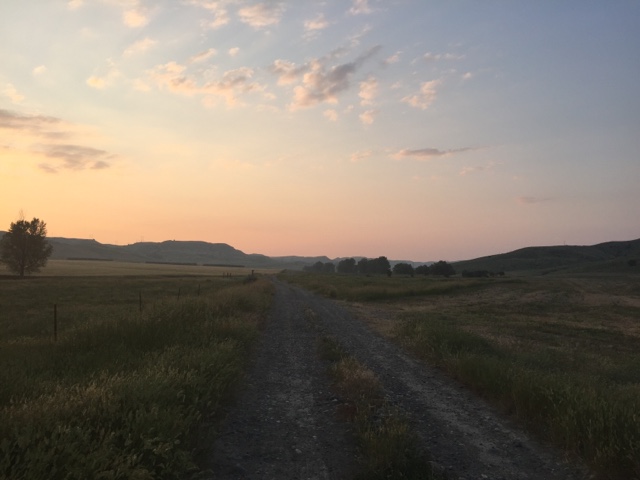 The air could not have smelled any sweeter than the wheat fields.  Sometimes a person needs a deviation from the norm.  I have got so in the habit of just running the same routes since I am running so early while the kids are sleeping and before my husband leaves, I want to stay close to home.

I knew today he would be working around the house in the morning so I was able to run long and not worry about being back.

Once I got up the big ass hill I had about three and a half miles to go, after the hill I felt like I was flying along on the way flatter road. 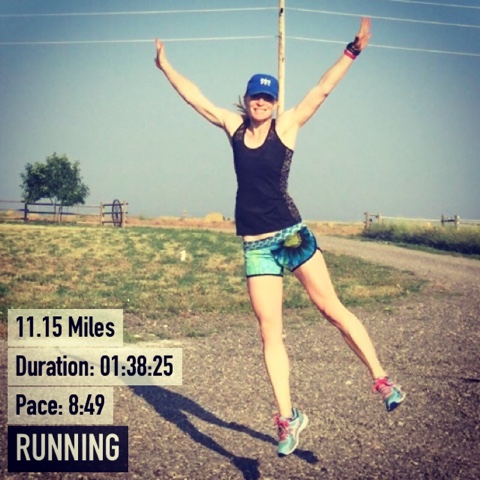