Last week running went really well. Until the weekend anyway. I did a long run and a couple shorter trail runs. I have to admit after spending all morning in the cold wind and rain watching flag football I was in no hurry to get back out into it. So I spent some time on the elliptical.

Sunday we moved cows and while it was a little chilly, it wasn't bad, I came home with extra kids and figured I would run once they went home.  By the time they went home my back was not happy. I didn't run. 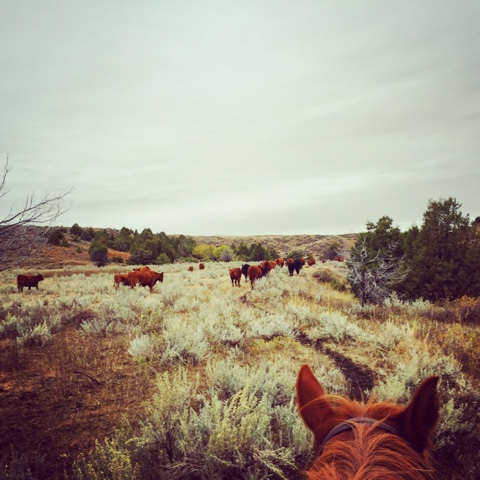 This guy loves riding, and chasing cows, he never once complained of the cold. 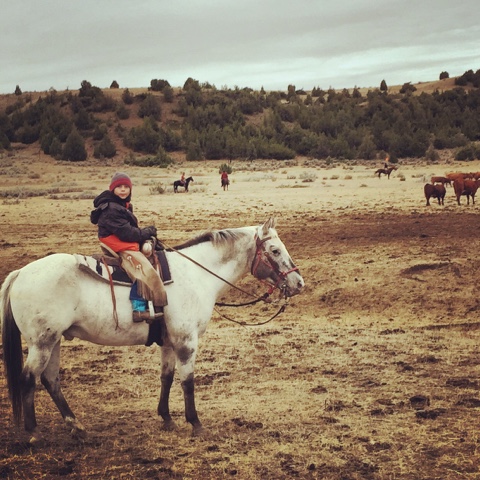 Monday I got up hoping that my back would feel better, but it felt worse.  It was beautiful running weather outside of course, and my day off from work. I finally gave up and went to the chiropractor.  He said my lower back was way out in at least two spots and cracked me good.  It felt so much better!  Although I was still pretty gimpy. This morning it feels nearly back to normal, but still a bit tight and sore. At least I am walking normal.  No running today.  I do have to work, so I will try not to over do it at work.

I am also doing an Instagram yoga challenge this month. I haven't done one in awhile so I decided why not! 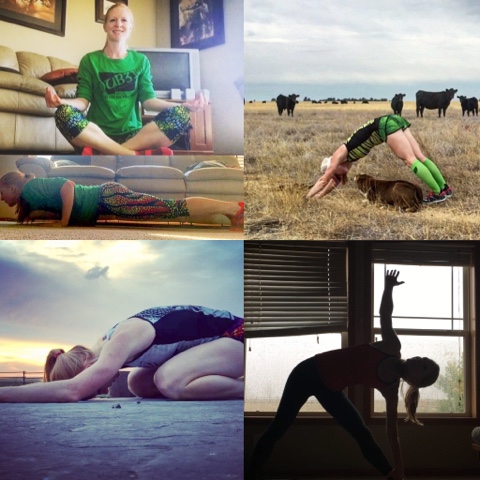 My marigolds are making a comeback after being decimated by grasshoppers earlier this summer.  They were pretty much down to the stems.  They didn't touch the zinnias though. 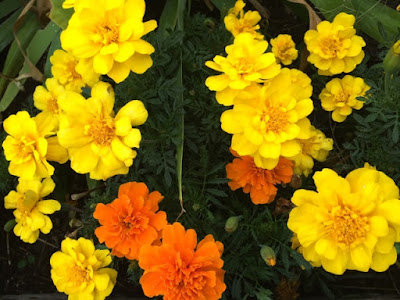 \
I had considered doing a half marathon in October that was local, but I can't seem to find enthusiasm to run a super small half marathon on the streets of downtown Billings.  The half I did last year in October apparently isn't going to happen again this year. It had a really beautiful course along the Yellowstone River.  Boo.

My little sister and her boys will be here this week and I anticipate we will try to get in at least one run together.  There will be lots of cousin sleepovers and fun,  My kids are so excited!  and me too.

I don't really have a fitness plan this week since my back isn't happy, I will just see what it tolerates and try running a couple miles tomorrow to start. Easy yoga and maybe some basics like squats and pushups.

I am linking up this week with FitnessCheerleader.com, & t RunningRachel.com for a weekly linkup they host

Posted by Christy @ My Dirt Road Anthem: A Runner's Blog at 4:56 AM