1.  My son got his heart set on a puppy for his birthday.  It was actually my fault although I had no intention of a puppy and I never even mentioned a puppy.  It all started with him not really knowing what he wanted for his birthday and telling me he didn't need anything and not to worry about it.

Right. Don't worry about it.

Then one morning about a week before his birthday I was joking around with him about how a boy who was going to be 10 and finally double digits in age surely ought to have more responsibilities and chores.  He thought about it carefully, looked at me out of the corner of his eye and said

Uh, no. I am impressed with his reasoning though. We already have 2 goats, 6 horses, 4 cats, a dog, 2 rabbits, and a hamster. Not to mention the cows, but those aren't really pets.  Only Cola and the hamster live in the house.

of course, that was all he could think about. I, however, did not want to shell out the big bucks for a puppy. I did start looking in the shelters.. no puppies.  Like seriously!  So I looked in the classifieds.   I was still leaning towards no puppy.  The day before his birthday we had a discussion about how much puppies cost and I just didn't have that much to spend. He agreed to pay for half and handed me the money.  I was losing my case here.

Later that day we went and picked up this guy. 2. I asked on a Facebook group what beagles are like to run with and got mixed reviews

On my 3rd beagle In 23yrs of running. Best dogs ever! Running city/street they're good for 3-5mi. But off-lead (sportdog ecollar) on trails they're good for 8-15mi easy. Just need to bring water or find streams for 'em. Great little running buddies! You'll love yours. 😀

I ran all the time with our beagle when she was younger. But the running was more of a fartlek workout - ha! She would put her nose down and run like hell until she smelled something - then dead stop, follow the scent - sometimes backtracking - until she found it, peed on it or ate it

My son however, said I am not allowed to run with him. Roader might decide to be my dog and not his if I ran with him.

3. So far Cola is tolerating him really well.  He has growled at him a few times, but mostly seems interested and follows him around. 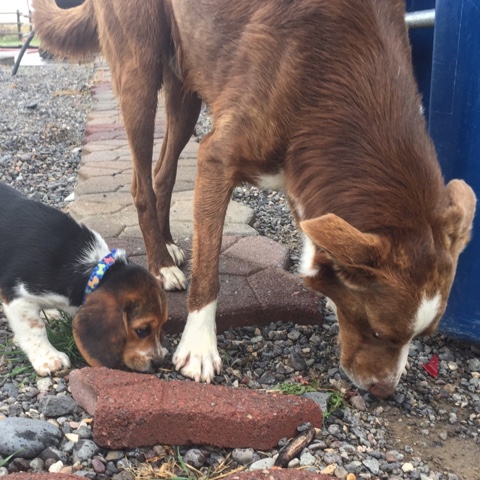 and this guy..look how grownup he is looking on his 10th bday compared to his third! 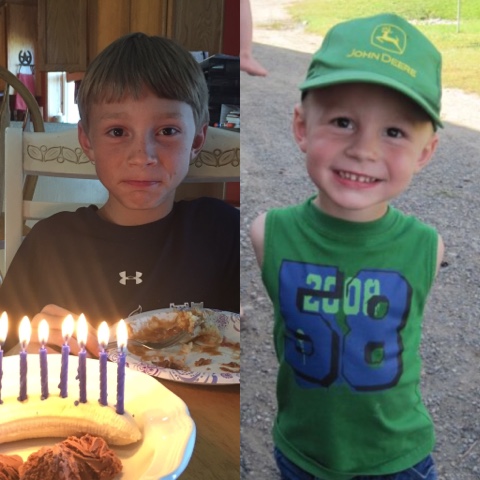 Posted by Christy @ My Dirt Road Anthem: A Runner's Blog at 5:20 AM