Irish Stew or Why I Am not A Foodie Blog

So I have been eating Paleo/Primal the last almost three weeks.  It takes a lot more planning for me, but I have been finding some fun things to try.  I made this Irish Stew with Sweet Potatoes recently. 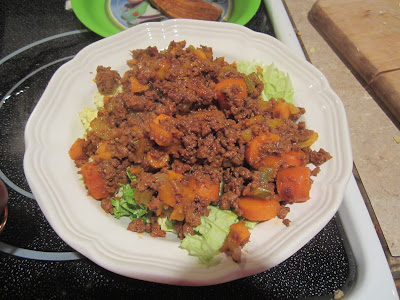 In case you are curious..
It called for a large onion and three stalks of celery chopped up and sauted in coconut oil for about ten minutes.  I don't like onions very much so I used about a third of one. You are also supposed to add two chopped carrots, but mine were frozen and already soft once they were thawed out so I elected to add them later. 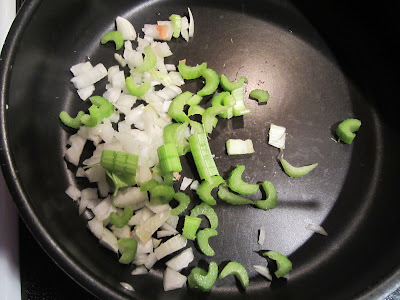 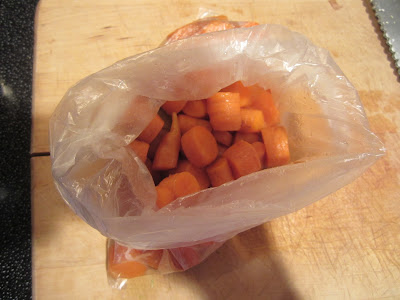 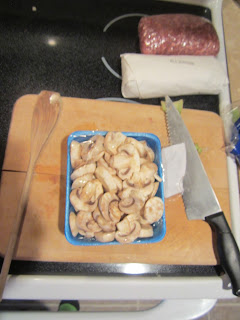 Once the vegetables were "sweated" like the directions said I added the ground beef and ground elk.  Okay the directions didn't call for elk, but I like to add it in too sometimes since I have some in the freezer and its good and you can't really tell the difference in the final product.   Oh look at that I also sauted/sweated a parsnip in there too. (I like to improvise a lot when I cook) 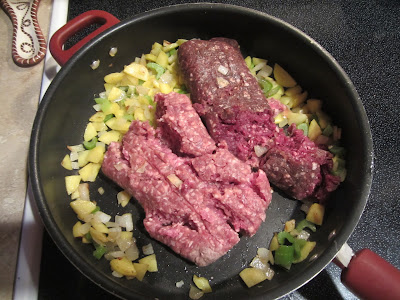 While the burger is browning I chopped up a very large sweet potato.  I was also catching up on the Bachelor on my iPad, which is the red thing in the corner. 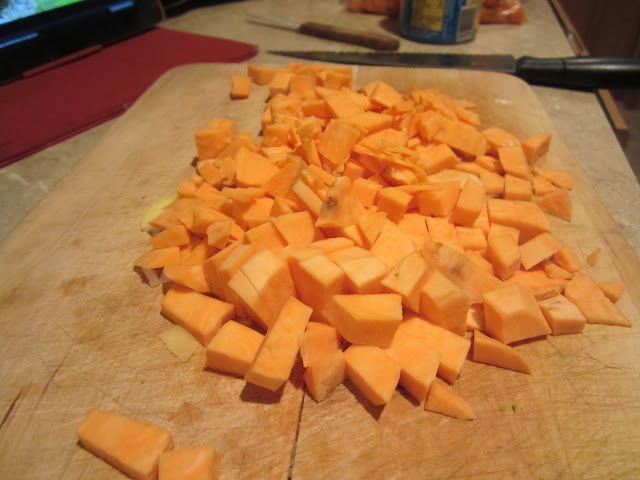 and since I was starting to get tired of cooking I poured a small glass of wine. 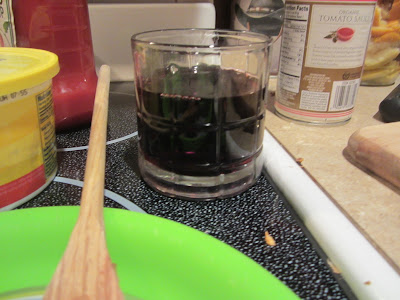 While the burger is still browning I get out the tomato paste... then I realize it calls for tomato puree... great.   (what kind of a recipe am I following mushroom ketchup and tomato puree?)  I look up what I can substitute, but get tired of reading and decide to use tomato sauce instead. 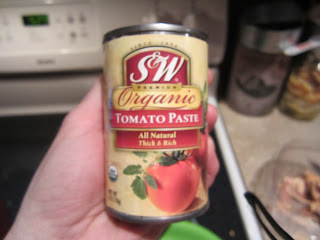 I find this guy sleeping on some paper towels on the floor of the pantry.  He was a little put out I was taking pictures of him.  I think he thought the flash was a little bright. 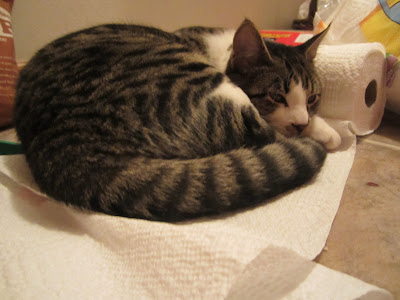 Once the burger finally got brown I added the tomato sauce and sweet potato, also the carrots. 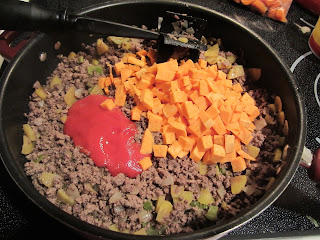 I shredded some saboy cabbage.  It is what the directions said to do. 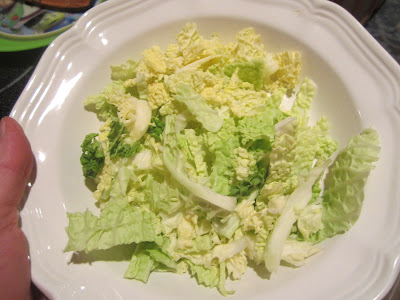 Once the sweet potatoes are soft, serve it on top of the cabbage (see first picture)

What Rocky thinks of this post and me cooking in general. 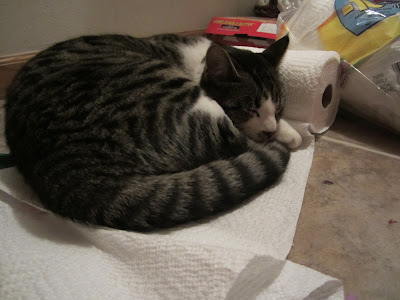 Are you as bored as Rocky?  The stew was good although weird on the cabbage, I think it was better eaten alone.  I think there was also some thyme and parsley added, but I am too lazy to look up how much.

There you can see why I blog about running and not recipes.  Do you think you could make this based on my directions?

Posted by Christy @ My Dirt Road Anthem: A Runner's Blog at 9:41 AM