My daughter was at my sister's house Friday My neice was home from school sick with a stomach bug.

Sunday my brother in law was sick.

Monday night it was my turn, I started feeling less than spiffy in the afternoon and by bedtime I knew my number was up.  Shortly after I went to bed I was running for the toilet so my stomach could empty itself in an unglorious fashion.

Rocky kept me company while I was sitting there deciding if it was safe to go back to bed or not. 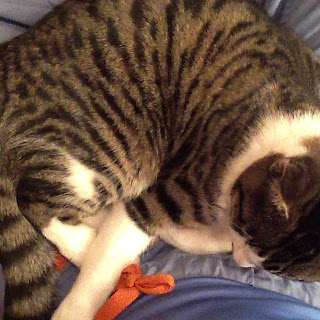 Two hours later my son was joining me.

Really it is better it happens this week than next week.  Since next weekend I have a half marathon!

I am feeling a lot better this morning but still not real spanky.  I think I will rest this morning and evaluate this afternoon whether or not I attempt any kind of exercise or not.  I know missing one day will not ruin my half marathon, but ... I hate missing days!  I feel like I have had to miss so many days already this year.  UGH!

We get a weekly publication called the Western Ag Reporter and they are raising money for a little girl named StellaBlue in Bozeman, MT who has been battling cancer.  My kids both elected to send $20 of their own money to help Stella Blue.  Love my kids.  We talk about her every week when the paper comes out and updates us on her progress.

Here is Stella Blue and her story 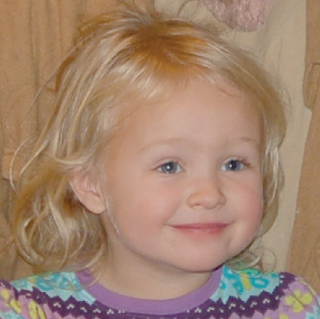 Background: Stella Blue Woods is a five-year-old kindergarten
student valiantly waging a battle with cancer. In September 2011,
Stella Blue, who lives near Bozeman, Montana, went to the doctor
with a stomachache. Tests revealed a cantaloupe-sized Wilms tumor,
a type of kidney cancer that often occurs in children. The tumor was
removed, but Stella's Stage 4 cancer had spread. She underwent 30
weeks of intense chemotherapy in Seattle. Doctors gave her a 30
chance to rid herself of the cancer. No one knew if she would see her
fifth birthday on April 17, 2012, but she did. They brought Stella
Blue home, and she started kindergarten. However, by Christmas
2012, Stella and her family were back in Seattle at the Children’s
Hospital where she very recently underwent four days of chemo and
then a stem cell transplant, which the hospital likens to a rebirth, if
successful. None of these procedures are pain-free, but Stella fights
gamely on. Care has to be taken with her one remaining kidney.
Weight has been a focus throughout this process as she is tiny, and of
course with the chemo and the accompanying vomiting, she has little
appetite. The family is pretty much isolated now because Stella no
longer can fight off any germs. If all goes well, the family will return
to their home near Bozeman, Montana, by Stella's 6th birthday on
April 17. However, she will NOT be able to go to school, have parties at home, or be among any crowds for TWELVE MONTHS

We will be getting a cookbook called the Best of Cooking in the West by Susan Metcalf in return for our donation, if you are interested check it out HERE
Posted by Christy @ My Dirt Road Anthem: A Runner's Blog at 9:20 AM