We made it through the winter, HELLO SPRING!

Yay for it being officially spring!  We made it through another winter.  Although I know it can still snow here at any given time.  Like last year we had 4 inches of heavy wet snow on Memorial Day weekend.

These pictures are from my run on Monday.  You can't really see it, but the green grass is starting to poke up through the dirt. 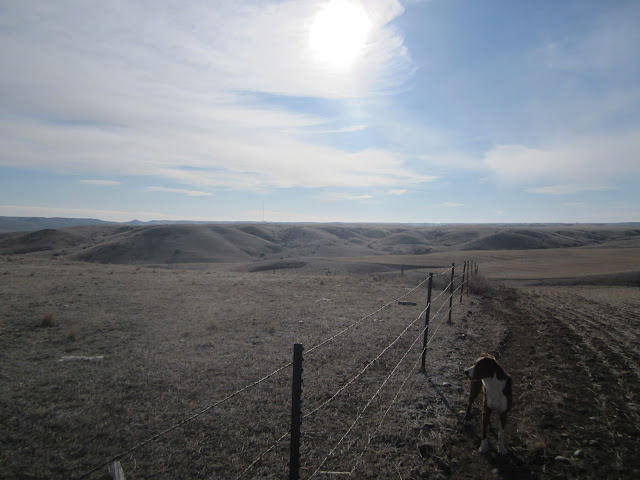 Cola and I decided to take the road less traveled and ran around the edge of a field for awhile. Our fields here are not square, they follow the contours of the hills.  I remember a custom combiner when I was younger commenting on how strange our fields were shaped.  Obviously it was his first time out of Kansas.

Cutting through some hills to another finger of the field. 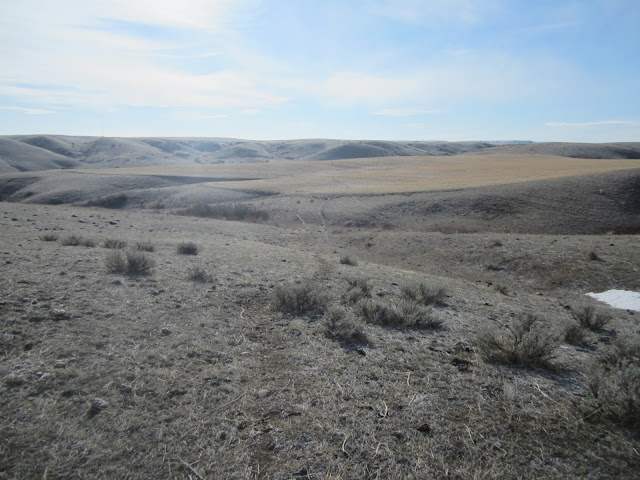 Did I mention I got some new shoes?  More on those later this week.  Long story! 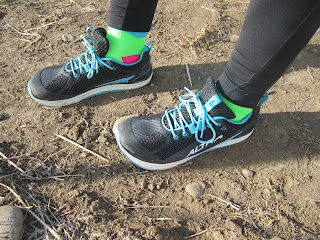 To create watering holes for livestock they used to build little dams in coulees to create water resevoirs.  We have quite a few of these on the ranch. 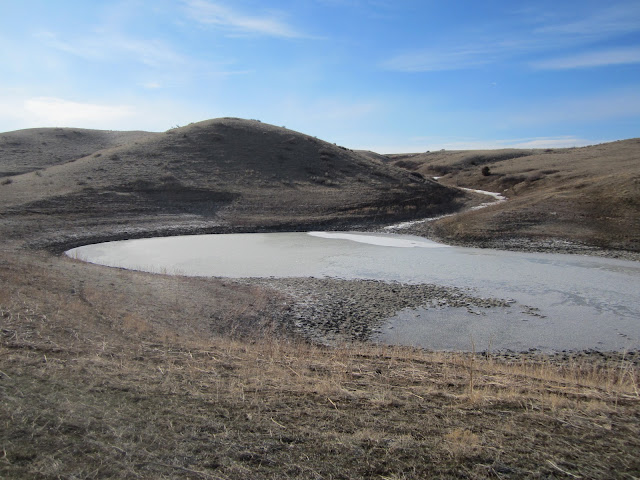 Now they just develop the springs and put in stock tanks, which when you are a kid, it  makes a pretty good place to play.  They both do really.  We went swimming in the resevoirs quite a bit while I was growing up. Some had little frogs we would try to catch, although there was never a good place to put them when we were on our horses. 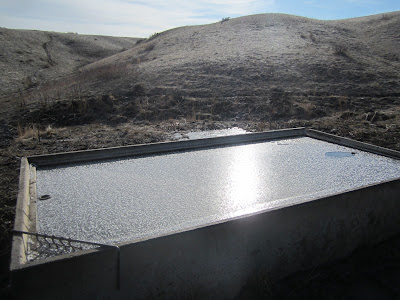 This old relic is from another time.  It sits along with some other old vehicles along the edge of the field.  Abandoned there before my family owned the place.  You can see Cola was impressed by it. 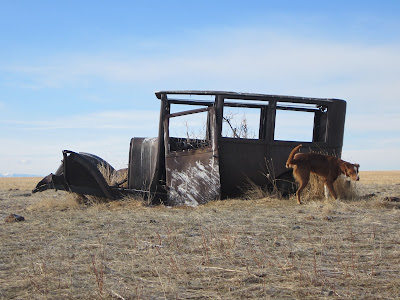 1922 Montana license plate on another old vehicle up there. 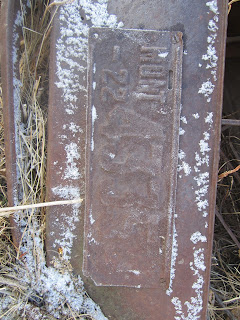 This is the "car" the license plate was on. 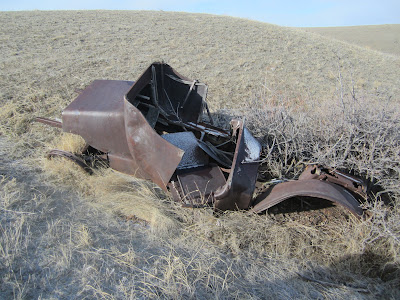 I was so glad I got my run in right away Monday morning because the day turned windy and cold after that.  Not that it was super warm to begin with at 20 when I left, but it was sunny with minimal wind. Another great day to run in God's Country. 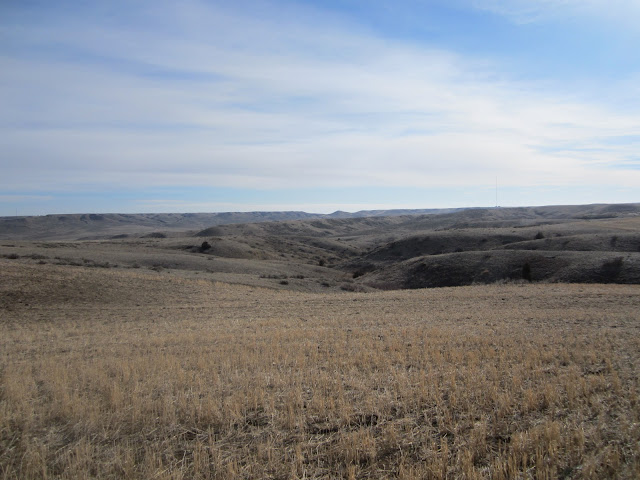 Feels good to know the worst of winter is behind us for another year and pretty soon the hills will be green again and the wildflowers will be blooming.

What is your favorite thing about spring?  Mine is simply everything turning GREEN!
Posted by Christy @ My Dirt Road Anthem: A Runner's Blog at 8:04 AM