A hiking kind of weekend


Saturday, my daughter stayed with my mom while my little cowboy and I went to a Junior Ranger Program at the Pictograph Caves State Park.  I was a little disapointed with the program, since he was 6 he got put in the little guys group. They had an activity book and only did three things in it.

I think he would have done well in the 7-11 group, he is going to be 7 in three months. 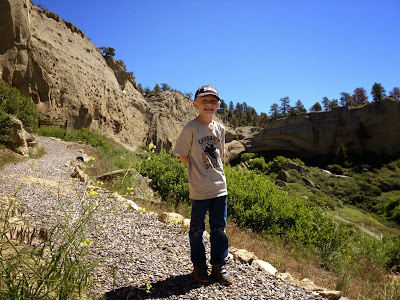 Here he is being sworn in as a Junior Ranger. Look how serious he looks! 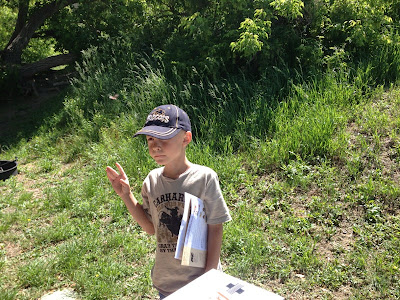 After the 20 minutes in the Junior Ranger Program we went and explored the trails leading up to the caves.  We pretty much jogged through the whole thing, which was his idea.  I love this kid. 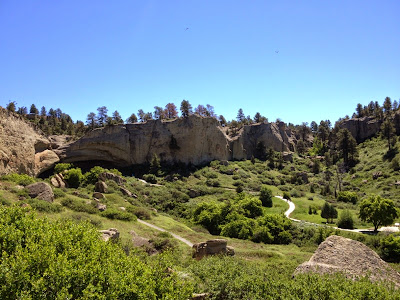 There are two caves with paintings in them, but they have faded a lot and are hard to see.  Luckily they have signs showing you where to look.

After that we had a great lunch together and picked up some picnic type food for later since we were all going for a Father's Day hike and picnic a day early.

Can you see Cola and my daughter below? 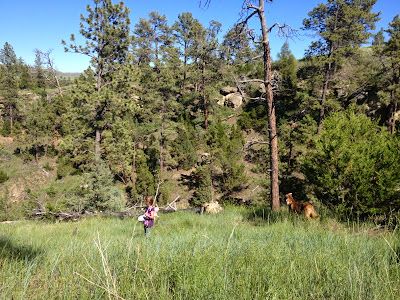 We hiked through some pretty steep areas and the kids did great. 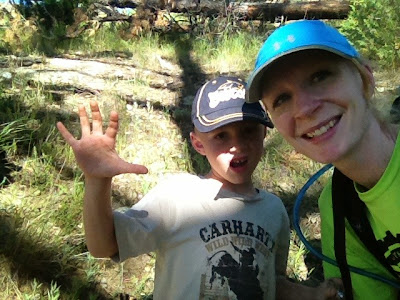 We also found a small cave I had never seen before and I grew up here.  It was full of some kind of small animal poo so we didn't picnic there. 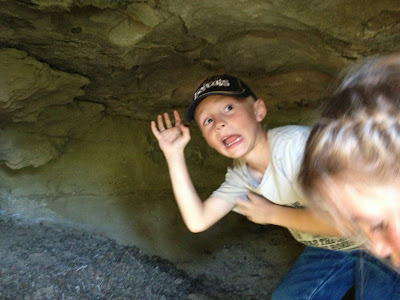 Where we did picnic had some great shell fossils so of course my little cowboy had to collect some.  He wants to be a paleontologist when he grows up. 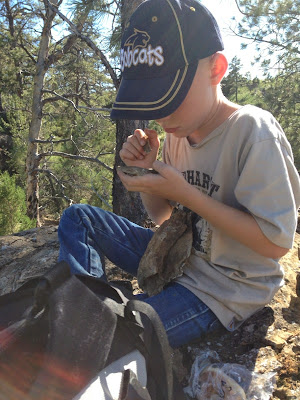 The big tragedy was that my daughter had brought two baby dolls along and she lost when of their bottles.  Despite backtracking the way we came when we left we never found it.  Big tragedy.  There might have been a little girl having an episode out in the hills. 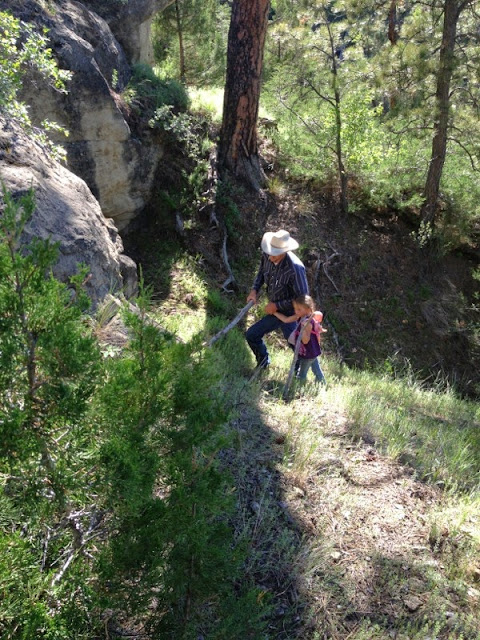 Running...hmmm nope other than the jogging at the state park none, and no biking.  I took the whole weekend off.  Today is Monday so back at it!

Posted by Christy @ My Dirt Road Anthem: A Runner's Blog at 6:12 AM