I got up early this morning and headed out for a quick 4 mile run, came home and helped the kids get ready for their 2 mile race.  They were so excited!

We got to the race with about 12 minutes to spare!  Just enough time to snap a few pictures 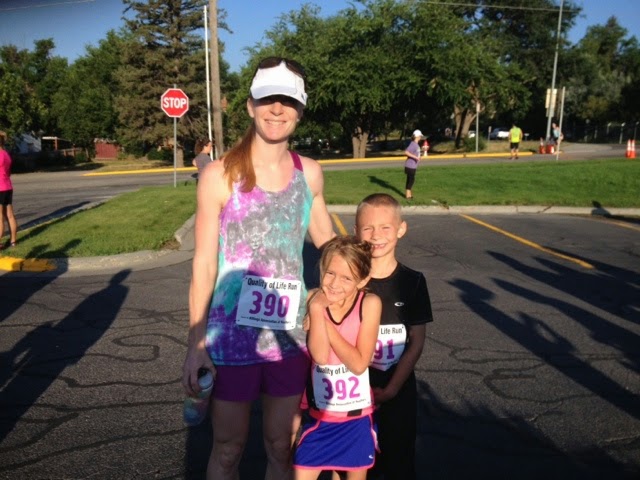 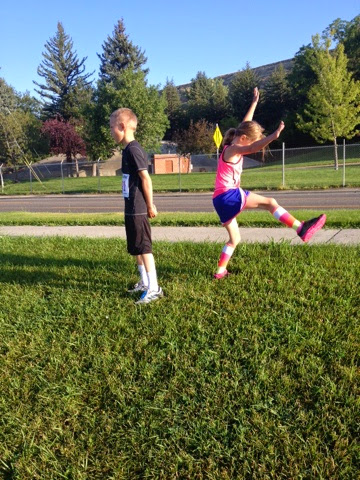 and then it was GO TIME! 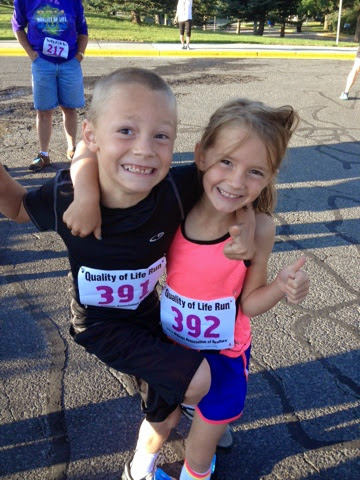 My son took off and I stayed with my daughter.  I had given the kids instructions that whoever got to the finish line first was to stay there and wait close by until the others came in.  Cade was thrilled he didn't have to stay with us and ended up running part way with another kid from school.

I stayed with Avery and she started really strong, about a mile in she started run walking the rest of the way.  The last half mile was a bit of a struggle for her as she had a sideache, just then a boy from her kindergarten class and his mom passed us.  I leaned over to her and said "you aren't going to let Colter beat you are you?" and she was off!   It might have helped that the whole last quarter of a mile I told her mantra after mantra

Finally!  She has her own medal!  She kept asking me to give her one of mine, but I told her she had to earn it. 1st place in her age group! 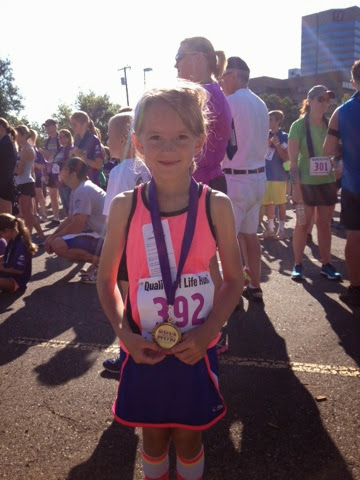 My son ended up 3rd in his, and was thrilled with his medal too, so I took them both out for some frozen yogurt. 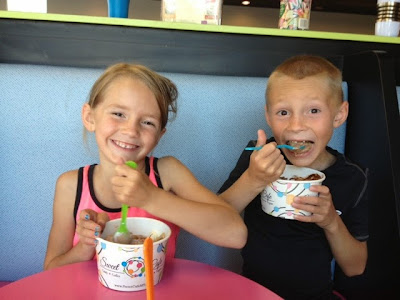 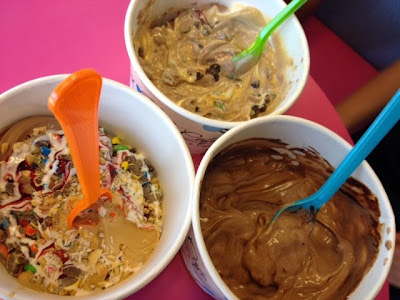 I ended up 4th in my age group, which was funny to me since I ran with Avery and out time was 21:14 which is more like a good 5k time for me, but I missed out on the awards, which the kids thought was pretty funny.
Posted by Christy @ My Dirt Road Anthem: A Runner's Blog at 5:02 AM