Three Things Thursday with only a small rant

1. I was in Instagram last when when I saw someone post something along the lines of "yay I just became an ambassador for product ABC!! It just came in the mail and I am so excited to try out ABC tomorrow on my run!!"

Anyone else have any issues here? if you don't read it again.

I wanted to clarify so I asked if she had tried ABC before and she said  "no, they contacted me and sent me the product."

A: what kind of company asks someone to be an ambassador for their product when the person doesn't even use it

I know I would be skeptical of any review they would give. It all reeks of desperation or something.

2. My garden is starting to turn out zucchini and cucumbers like nobody's business so I am busy finding new zucchini recipes to try out.  Stuffed zucchini boats and zucchini Parmesan fries were both winners in my book, although the kids weren't so impressed.  I am going to try the boats with bacon.  Bacon after all makes everything better.

I would love any suggestions for zucchini,  for cucumbers for the matter. 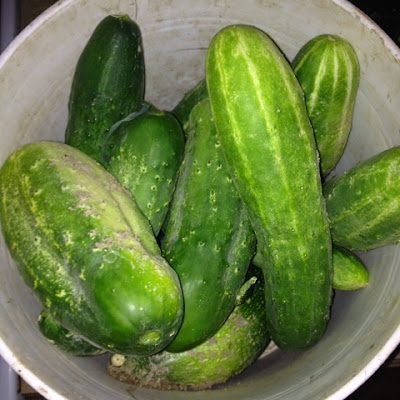 3. Running.  I am having a fabulous running week.  Everything is feeling strong and I am feeling good.  I feel like my motivation is coming back and I am hitting 30+ mile weeks easily.   I am doing a two mile run with the kids this weekend.  A little sad I won't be racing the 5 mile portion of the run, but I promised the kids a run with me this summer and here it is.

They were pretty excited about picking up our t-shirts and bibs this morning, all we had to do was go to the dentist first. They both hated the numb cheeks. 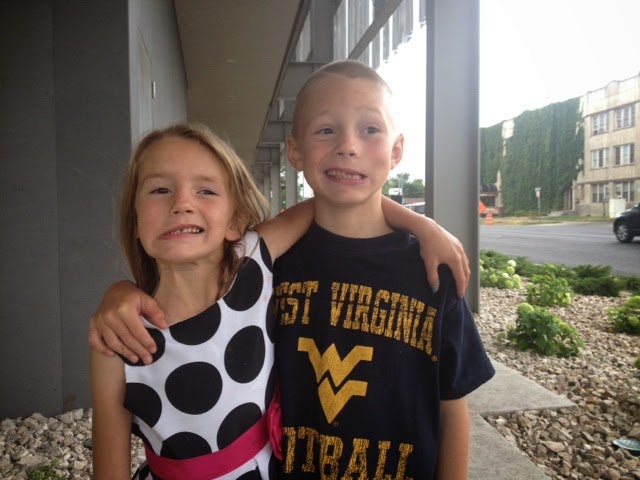 Lucky for them it was an okay race swag bag with some fun things inside like mints, chapstick, a pen and a notepad.  There were tech tees, but I registered one day too late to get one so we got cotton. 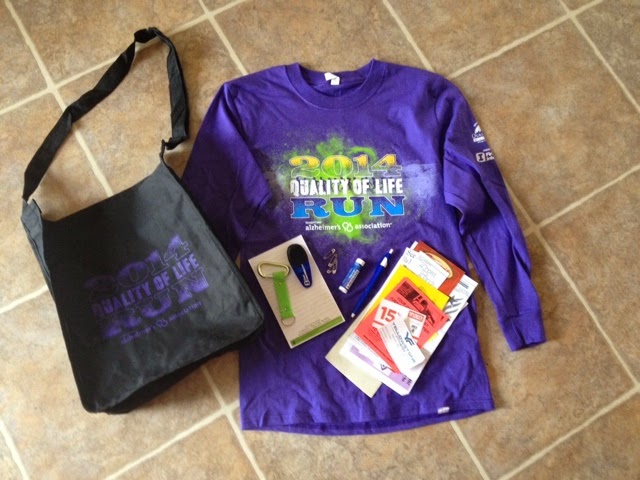 So.. do you have any ideas for me with the zucchini and cucumbers?
Posted by Christy @ My Dirt Road Anthem: A Runner's Blog at 12:19 PM