1. I haven't said too much about it, but I am training for a half marathon, which is now 17 days away.  Woohoo!!  I am thinking that instead of doing a long run this weekend I am going to stretch it out until Tuesday, run 14 or 15 miles and then the Sunday before the race (which will be 5 days later) I will do a long run of 8 miles and call it a taper.  My biggest reason for doing that is so that my runs this weekend will be shorter and will include a good tempo run and I will have more time to spend with the kids before they start school on Tuesday.  I will be putting them on the bus and heading out for a run!

2. I am going to be doing the Bozeman half marathon.  It will be my first time for this race so I am excited about that, but I am also excited about this, check out the elevation profile. 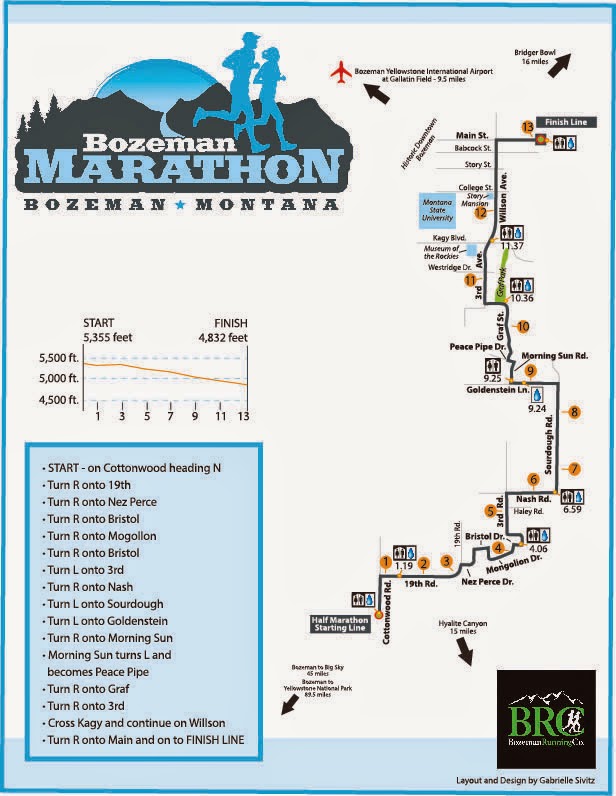 Should be a fast race! I will be meeting a friend up there the same friend I went and ran the Missoula half marathon with.

3. Tuesday while driving my kids to a 4-H meeting on a narrow two lane road with little to no shoulder I encountered two people walking a dog, which in itself is great.  My problem with them is that we were on a narrow two lane road and with the dog they were essentially three people across the road, easily halfway into the road.  This meant I had to swerve around them, which would have been fine except I was cresting a hill.  I could not see far into the other lane.  If someone else had come along they would have crashed into my car.

Apparently I didn't swerve far enough around the people because the man glared at me and my children.  I am sorry if I worried him, but here is my thing.  I am not going to do more than I have to in order to go around them when I am putting myself and more importantly my children at risk.  They should certainly have been more mindful of the situation and been walking single file once they saw me coming.  As it was they made no effort to move over.  I hate to say it, but had a car come along at that point, I probably would have had to swerve into the walkers to protect my children from a head on collision.

What would you have done?
When is your next race?
What do you think of my long run plan?
Ps check out this car we saw in town yesterday, the kids were most impressed with the phone on the dash and once again my son was appalled that I would take a picture of someone else's car 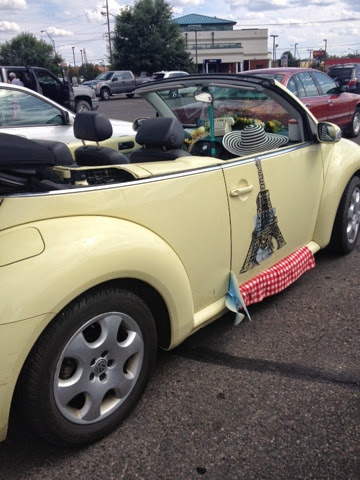 Posted by Christy @ My Dirt Road Anthem: A Runner's Blog at 4:39 AM