I nearly forgot to tell you!

Just a couple of things,

I had a guest post published on the Armpocket blog last week about cramping while running.  You can check it out HERE .

Also, my Great Great Grandfather was inducted into the Montana Cowboy Hall of Fame over the weekend. I never knew him though I grew up hearing about him and reading his stories. 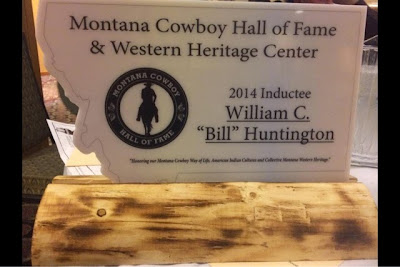 I run by his old cabin quite often and love having such a character in my family history. My kids are  very impressed we have a relative in the hall of fame. 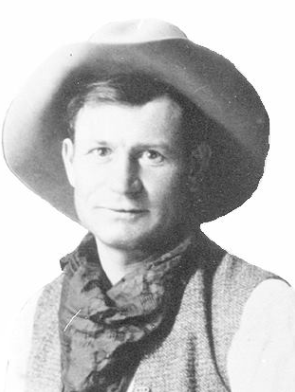 Here is an excerpt from his bio:
Montana Cowboy Hall of Fame & Western Heritage Center

LEGACY INDUCTEE
Bill Huntington was born ...on June 27, 1876, near North Platte, Nebraska. Bill began to learn his cowboy skills by the age of 10, wrangling horses for the C Bar Ranch. Bill had a gift with horses and enjoyed working with them in many different ways: freighting, breaking, training, and cowboying. Bill found his way to Billings, Montana with a ranch job. Bill and his wife, Ella, homesteaded on Blue Creek, and in addition to his horse-related activities, Bill ran a sheep shearing plant, managed Sturm & Drake’s sale barn in Billings, and bought and sold horses. Bill and his friend George Williams formed a Wild West Show. Bill and George, both their wives, and Bill’s older daughter all participated in exhibitions of the Western skills of riding, roping, and/or shooting. Ella was a sharpshooter a la Annie Oakley, and it was said she never missed. Bill’s daughter Daisy was a trick rider and roper. George’s wife Paris was a trick rider and bronc rider, and of course, Bill and George could ride about anything with hair! Their show started small and locally, but grew into a nationally traveling outfit, going from Minneapolis to Baton Rouge, Louisiana. The traveling got old in a few years, and the troupe found themselves back in the Billings area giving local shows by 1920. In 1924, Bill and Ella bought and moved to a place on Indian Creek, east of Billings, where they settled near their daughter Georgia. The family lives there still. . Bill continued to write until his death in 1969 at 93 years of age. Visit www.montanacowboyfame.org for more information about Bill and our other inductees.

I have been participating in Prana #bringingyogaback challenge on Instagram and apparently Cola wants in on the action too. 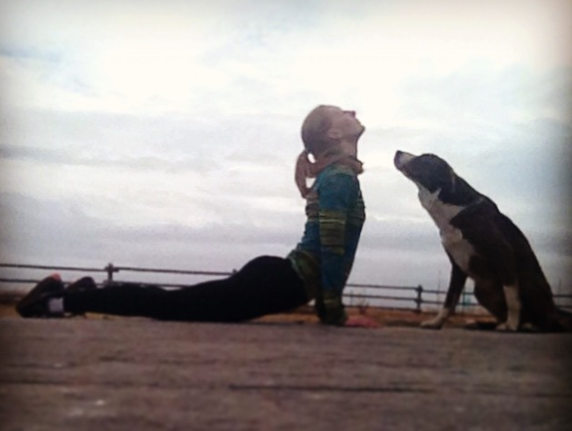 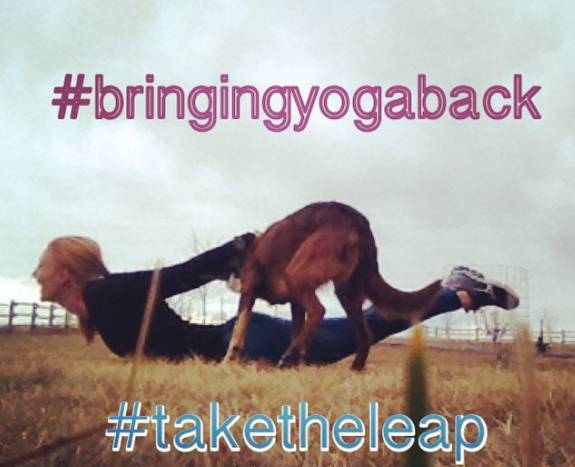 Funny dog!
How is your week going?  Mine is pretty good so far, although I almost skipped a run because of Downton Abbey on Monday!
Posted by Christy @ My Dirt Road Anthem: A Runner's Blog at 4:51 AM