I confess... I didn't watch very much of the Super Bowl.  I watched some of the pre game stuff, the half time show (rock on Katy Perry, wonder who that guy was and Missy Who?) Katy was great, I am not big on the rappy hip hoppy stuff and my husband and I debated if that was Mary J Blige or not, until I noticed she had Missy on her and her dancers... so Missy Elliot?  Whatever.. not my thing.

I did a HIIT workout with my kettlebell and took a shower during the first part of the game and saw Seattle tie it up at half time.

I was a little thumbs down on how many Super Bowl commercials were viewable before the Super Bowl..lame.   BUT... I did see and love the Like a Girl commercial by Always.  That one made the little cowgirl and I turn to each other and do fist bumps while shouting out "girl power"! 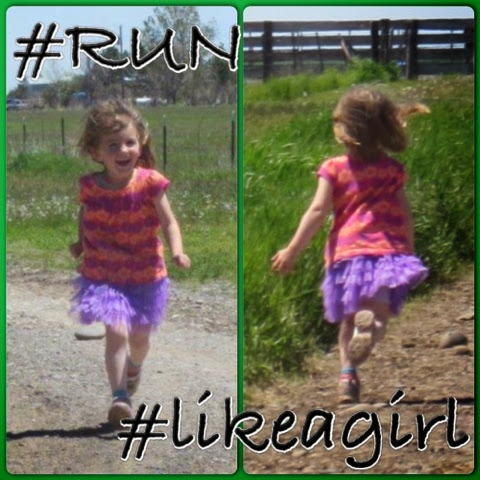 I pray she always runs confidently and full of pride #likeagirl

I didn't really care which team won.  I rooted for the Patriots though because everyone else in my house was rooting for the Seahawks.  My son was so heart broke about the Seahawks losing I found myself wishing they had won.
Although I didn't see the ending either as I was curled up in bed with my daughter reading a book and having a glass of wine.
What are your Super Bowl confessions?

Posted by Christy @ My Dirt Road Anthem: A Runner's Blog at 9:32 AM