1. For some reason I can never remember my password to Wordpress.  I only need it to comment on blogs that use Wordpress.  I have changed my password nearly every time I have to enter it in the last year.  It won't let me use any of my commonly used ones because apparently I have already used them.  So I have to think up a new one that I think I will remember and I NEVER do.  So annoying.  I say this because I just had to change it again. and I know I won't remember it because it wouldn't let me put in anything I would remember.    I had to change it so I could comment on THIS post from Rural Running Redhead.  It's worth the read.

2. My daughter turned 7 this week. 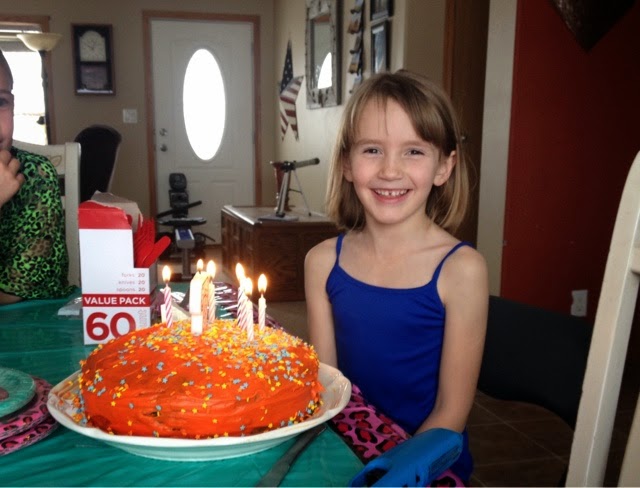 3. These last couple of weeks have not gone as planned as far as getting in my long runs... so I decided to go with Carla Birnberg's #WYCWYC (what you can when you can) and I ended up getting in an unexpected 9 mile long run after work yesterday.  I got off work about an hour early. I was shooting for 10+ miles, but the guts had something to say about that.  I had to run back to the house a mile in and then had to abort the run early for the same reason.  Ugh.  Not a normal problem.  and then the school bus was there with my darlings.

The run felt amazing great and at least I got in 9 miles.
Posted by Christy @ My Dirt Road Anthem: A Runner's Blog at 1:27 PM