First the ramblings.  I haven't run much this week thanks to some very congested lungs.  I did finally get in a pretty good 4.5 mile run yesterday.  It felt okay but just when I really thought I was cruising, I was running way slower than I would have guessed though.

The week has been pretty busy with the kids having swim lessons four nights this week.  They also had a dentist appointment is which my little Cowboy found out he had a cavity and Little Princess got the thumbs up on her teeth.

We then went to the park to hand out for a couple of hours until it was time for swim lessons, where I snapped this picture. The girl couldn't have been older than 3 and was already this obese.  So sad.  She was also with two sisters, who were obese and one was younger, one was older.  WHAT! How does this happen.   Should it be a crime when kids this age are obese?  The mother was not grossly overweight.  I was flabbergasted. 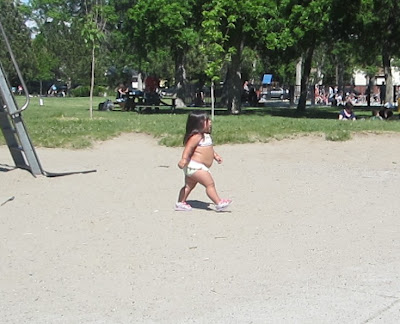 I find the situation heart breaking.  I feel like she is setting her kids up for a lifetime of weight issues.   Weigh in and tell me what you think!

Here is a picture of my lil dog Cola.  I tried to run Tuesday, but was feeling like a pile of crap so I ended up mostly walking.  He kept looking back at me with this "What is your deal? Why are we going so slow, Mom?" look. 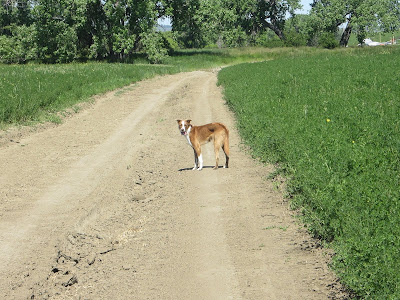 We walked past some beehives that are kept on the ranch.  Best. Honey. Ever. 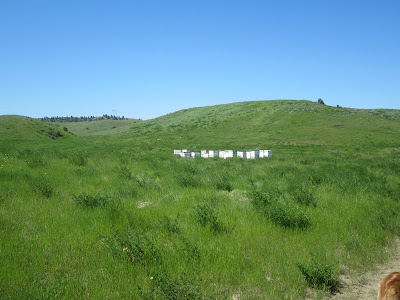 Okay now on to the giveaway!...


I found Twistbands on Facebook one day so I went to their website to see what in the world were Twistbands?  I sent them an email asking if they would be interested in a product review and giveaway, here is what I got in the mail! 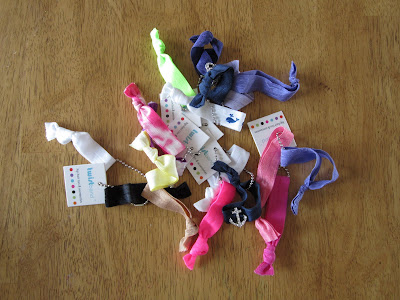 Right off I was loving all of the fun colors.  You can see even more on the website.     I wore one on my wrist for the greater part of a day and it didn't leave a mark on my wrist like most hair bands do. So that is another plus.  They can be purchased with fun buckles on them.  I was sent the Anchor and the crown.  I am keeping the crown, but the anchor will be given to a lucky winner.

Here is the twistband story:

Like all great inventions, Twistband was born out of necessity. After having a baby, Jessica Frandson grew tired of having her hair tugged by the little one and quickly learned the least painful hairstyle for a new mom was a ponytail. She made sure to always have her hair up and kept a second band on her wrist as a backup. Traditional hair bands hurt her head and her wrist, so she twisted a soft piece of elastic trim to hold back her hair, thus creating the first Twistband.

Drawbacks:  I did find a couple
1. I felt like I had to tighten the knots in them before I used them

2. I didn't feel like they held my hair as tightly as a regular hair band would in a ponytail.

Here are some of them on my wrist.  They are pretty shiny though it doesn't show up well that way in the pictures.  Note the pretty sparkly buckles. 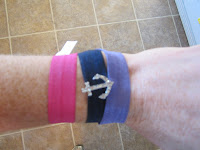 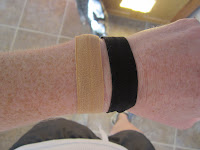 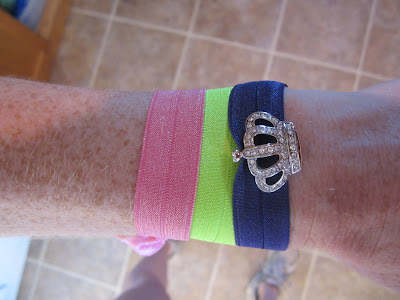 Here is one in my hair.  Not a great picture, but it is harder than you think to take a picture of the back of your head. At least it is for me. 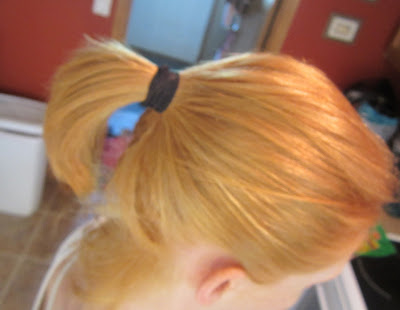 I did run with them several times now and though my ponytail did not stay as snug as it normally does it never fell out either.  They are great for every other thing that I do.  I love being able to just put one on my wrist and not have it cut into my skin, and then be able to put my hair into a ponytail when I am tired of it being in my face.  I love that it comes in so many pretty colors.  My daughter also loves them.

They also have headbands, shoelaces, do it yourself dye kits and more.   You can have custom orders made with the logo or message of your choice on them.

Leave a comment for each.  Ends  7-04.  Don;t forget about my Running Chicks tank giveaway HERE

Posted by Christy @ My Dirt Road Anthem: A Runner's Blog at 8:12 AM