1. Seems like lately my hair has been a snarly mess after my runs, and the longer the run it was the more knotted and snarled up my hair it.  Kind of makes me a little cranky to try and get such nasty rats out so yesterday I finally wizened up at put a braid in my hair.  Did wonders for my disposition the next time I had to comb my hair out.  I have tried buns before but I really dislike running with a bun, it just seems to bounce around and get looser and looser until I end up putting my hair in a ponytail. 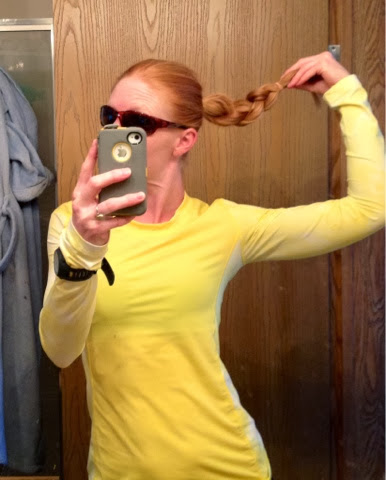 I kind of am not a fan of the ponytail braid.  I feel like it whips around and I find myself annoyed by it while running.  I guess I should get unlazy about the whole deal and put in some French braids.

2 I did my first The Better Rocker Rocktober 30 day challenge workout yesterday.  I was worried it wouldn't challenge me enough.  By the 5th round I was feeling it!  Not in a HIIT out of breath sort of way, but in a my muscles are working so hard kind of way.  Each exercise was done for a minute with 10 seconds rest in between exercises.  so the whole thing took me 40 minutes to do. 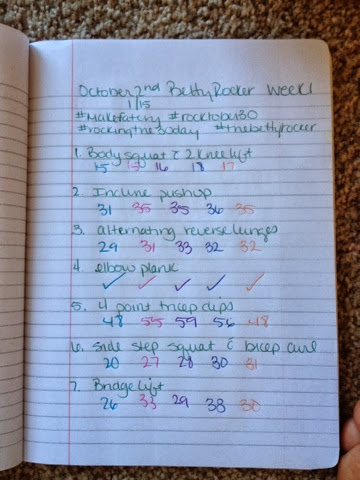 Now I am supposed to do it 2 more times this week and next week I will get a new workout.

3. My husband called me during my run yesterday to tell me to look up at the sun.  This was as good of a picture as I could get, but there was this huge ring around the sun.  He thought it was called a sun dog. 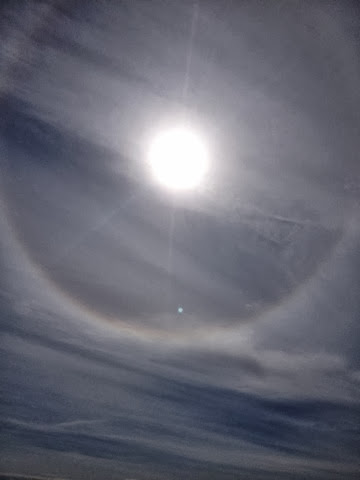 I have no idea if that is what it is called or not, but it was really pretty so I am sharing it with you. The sky looks really dark, but that was just my iPhone, it wasn't that dark out when I was running. It wasn't see. 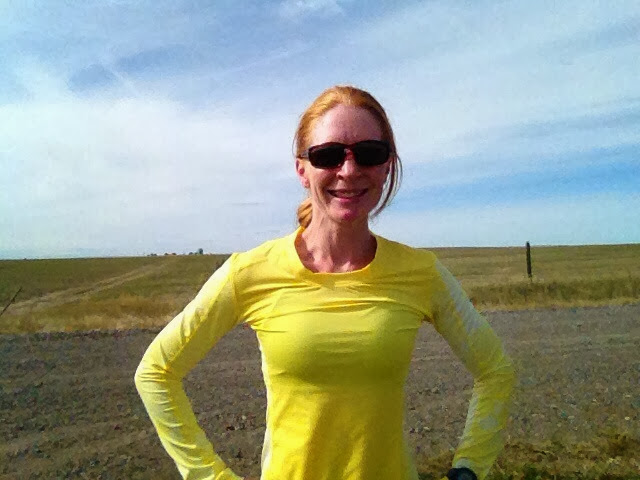 Are you doing any challenges this month?
Posted by Christy @ My Dirt Road Anthem: A Runner's Blog at 4:30 AM