To say the weather has been amazing is a serious understatement.  I think also a bit needed after surviving the longest winter ever last year. We have had 2 months of gorgeous weather.  Fall as it should be in my opinion!

I am still running in tanks and shorts.  I ran in capris yesterday and regretted it, as I was quite warm. 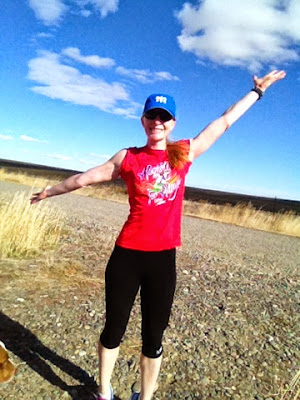 My little cowboy had his last football game of the season on Saturday and for once they were very well matched.  They were losing by a touchdown and couldn't seem to get any good plays in. After he threw an incomplete pass,  I looked over and my son had his head in his hands in absolute frustration.  People thought he was injured so grave was his stance.

That's my boy.  He is so hard on himself.  He ended up making a run all the way down the field for a touchdown several plays later and tied up the game.  The game ended in a tie.  No overtime in flag football.  5 wins and 1 tie to end the season.  No losses.
﻿  Little cowgirl meanwhile spends her time at the games working on her gymnastics skills and flexibility.
﻿ I was determined to get the house in order on Sunday and was making great progress when the kids insisted I come along to help fix a little fence.  I decided the house could wait.  My kids after all are growing up so fast! 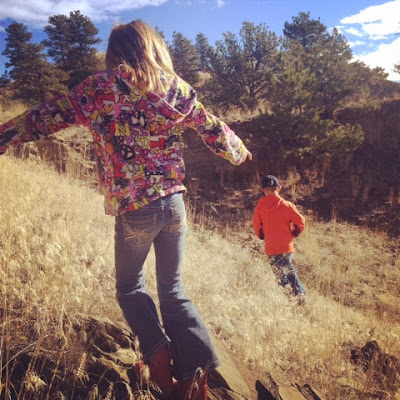 We helped my hubs fix the fence and then had us a little hike.  Cola refused to leave the truck.  I am wondering what he knew that we didn't!  That was so unusual for him.  Bear, maybe?  We never saw anything, but did make sure we were loud so we couldn't surprise anything either.

The weather outlook this week is pretty great as well with highs in the 50s and 60s, you can bet I will be soaking it up every chance I get!

How would you rate your fall so far?