I participated in Gone For a Run's Virtual race series this weekend with the Sole Sister 7 mile run.  I did mine on Friday and admit I did not worry about pace very much as I had done a long run the day before and had some tired legs.  also there were a lot of hills involved.  Disclaimer: I was given free entry to the run in exchange for posting about it before and after the run.

I was sent the bib, tank, medal, and a shoe charm, but sadly on the morning of the run I couldn't find where I had set the tank so I ran in something else. 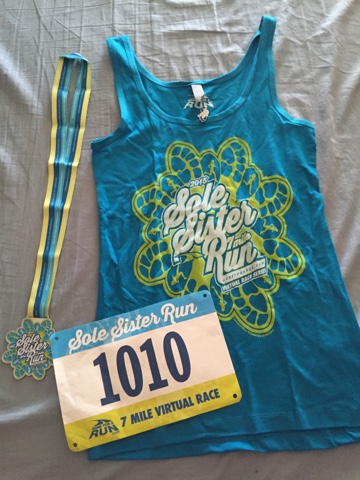 I did tape on the bib just for fun, even though there was no one who would see it on. 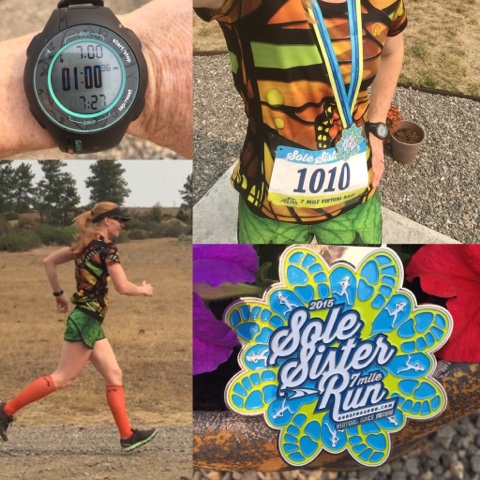 All the smoke from the fires in Idaho, Washingto, Oregon and the western part of Montana made the skies grey. It seems to suck a lot of the color out of the world.

If you like to participate in virtual runs, they have two more on the website right now, a beer run and a Halloween themed one (Halloween already?!) They do sell out though so if you are on the fence, be quick!
Posted by Christy @ My Dirt Road Anthem: A Runner's Blog at 5:32 AM