The Montana Half Marathon Rest of the Story

I did a race recap yesterday so today I will recap everything else.

Packet Pickup: Quick and easy.  All you really picked up was your bib and timing chip to attach to your shoe.  It is conveniently located right by the local running store. I have been having an issue with the shoes I planned to run in so I decided to just see what they had.

Shoes:  I have had the Pure Flows before but not since the originals. I LOVED the originals and hated version 2.0, since they were now on version 4.0 I thought I would see if they improved... no.  I ended up walking out of the store with the Pure Cadence.  I ran two miles in them Saturday and decided to go for it.  RISKY! But they worked out great, I only ended up with a little rubbing on one of my toes.

What I wore: My Team Beef Montana tank and INKnBURN Paeon shorts.  I took an informal vote on Facebook and Instagram Saturday and Leaf shorts won, but I just couldn't.  I felt like a Christmas elf. Maybe for a Christmas run or a 5k sometime or a fun run.  Usually I would also wear compression socks, but I couldn't find the ones I wanted so I opted for shorter ones. 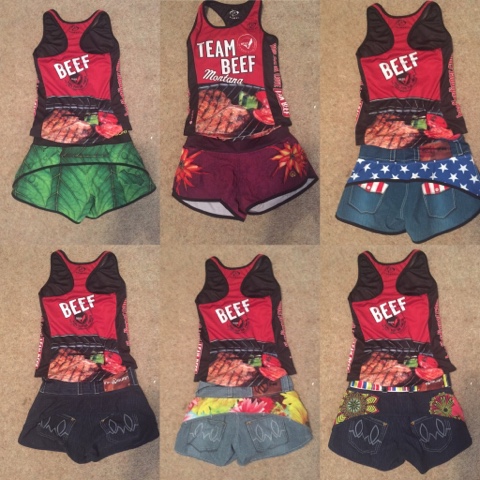 What I ate the morning of:  A bowl of oatmeal with flax seed, chia, raisins, and pecans. Then I stopped at a gas station on my way in to the half and got a Powerbar and a cup of coffee.  I still had over two hours and was really hungry!

The bus ride out to the start:  I rode out with my friend Victoria, it was her first half marathon and I was very excited for her! We talked running, and family things.  Then we saw the start of the half marathon go by the window.  All the people around me started talking "Um, isn't that where we start?" We decided maybe he was just looking for a good place to turn around?  Nope he just kept driving. Finally we spoke up and told him we are running the half!  He turned around.

What I fueled with: Tropical Punch shot blocks.  I had cut them in half and put them in a baggie so I could eat them easier while running and will do this again.  I also had grape Cocogo in my water bottles of which I didn't even drink half.  I thought I was hydrating more than that...wrong!

How I felt during the race: Pretty strong! The last mile was super tough, but if I had felt really energetic at that point then maybe I should have been pushing harder. I think I paced myself really well.  Miles 6 through 13 varied only slightly in pace with the fastest mile 7:31 and the slowest being 7:38.

I did start noticing my left hamstring tightening up with about 5 miles to do.  I worked on trying to keep my stride short so I didn't really irritate it. This half marathon felt better than the other two I ran this year and was the fastest, but also had the fastest course so that was expected.

The course:  I love this course. It is fast! It starts on a downhill and has about three uphill portions. The second up hill portion is the longest and comes during mile 5.  There is a small hill near the end, but other than that is it down hill slightly or flat. I recommend it to anyone.  The first couple miles also feature some spectacular wide open spaces to feast the eyes on.  I made sure to take time to enjoy the views.

The mantra: Stay calm, stay focused, you've got this.  Over and over! I even found myself repeating it while cleaning house for the birthday party after I got home. It wasn't what I had planned to use, it just popped into my head and stuck.  and it worked.

The finish:  They had chocolate milk and water just inside the finish line and further in had pretzels, gummy bears, more drinks, coffee, and more food including free smoothies.  I drank a bottle of water right away and then munched on some pretzels.

Finisher T-shirts were given out at the finish line as well.  They are nice Brooks tech shirts, but sadly are unisex.  I will still wear mine of course and did for my son's birthday party later in the day.

Medals: They had different medals for full, half and 10k finishers which I think is always an awesome touch,  I won 2nd in my age group and received another medal for that as well. On first glance it looked identical to the my finisher medal. On closer inspection the medal had a darker finish and the ribbon said age group winner.  Yay for a double medal day! How I am feeling two days after: Sore! Tight hammies and obliques.  My oblique abdominals always get sore after a hard race, I must really use them when racing more than I normally do.

Now I am dealing with a head cold, headache, snot, sinus congestion, fatigue..ugh.  I felt this coming on in the days before the half, thankfully the brunt of it held off until after it was over. I also had a skin check with a dermatologist yesterday and got an all clear. YAY keep wearing sunscreen!

After the race it was all about this guy! 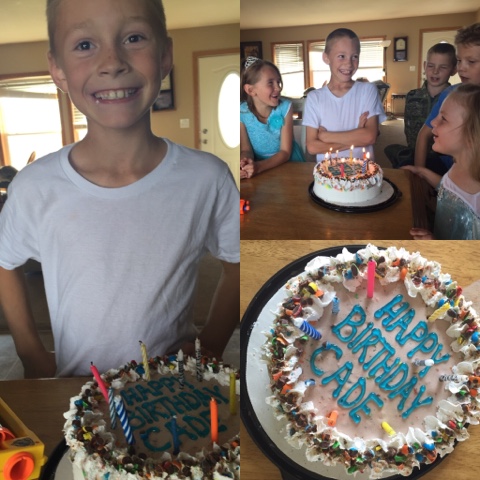