A Rabbit In a Hole

Hope everyone had a great Thanksgiving and weekend with family and friends.  I took nearly the whole week off from blogging.  Between being sick the first part of the week and the kids home from school I decided a break was called for.   Despite all the sickness in my house I did manage to get out for an easy run in the sunshine on my birthday. 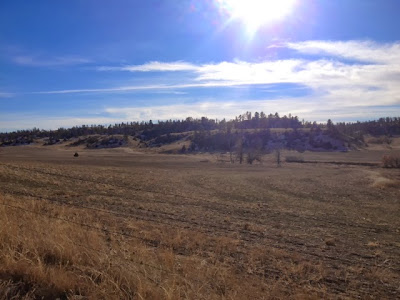 Friday I took my son and two of his cousins for a hike in the hills.  We all had a great time and I wore the boys out. 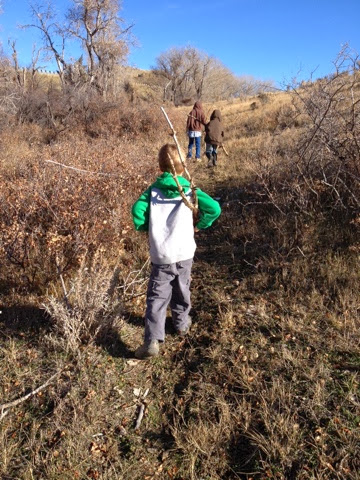 Cade found a rabbit and together with Cola chased it into this hole. 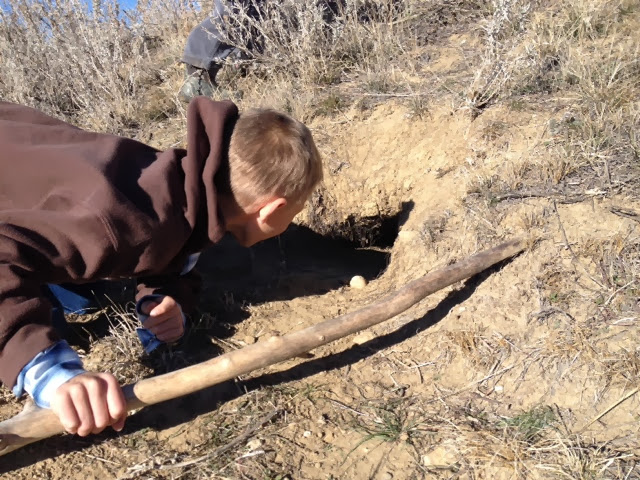 I did zero shopping in the stores over the weekend except to get groceries, but I did some online shopping and spent some birthday money on a HUGE deal on some new running shoes.  They were already 50% off and I scored another 30% off on a "Cyber Monday" Amazon deal even though it was Sunday.  Now to figure out which pairs to get rid of so my house isn't taken over by running shoes.
Even though I have a lot of retired running shoes I have a hard time getting rid of them since they still have so much possible wear left in them.  It is getting a little out of hand though.  Part of my rationale for keeping them is that you never know when you need to get a pair muddy.  Also wearing the worn out ones out to garden, do yard work etc saves my good ones.
Hoping to get out for a run this morning before the artic front blows a storm in, but I can hear it raining now and freezing cold rainy runs are not my thing.  Snow yes, freezing rain...NO!

Posted by Christy @ My Dirt Road Anthem: A Runner's Blog at 5:11 AM