1.  Happy news... I ran three miles with no pain yesterday.   I set out only to do a mile and then half mile increments after that at the slightest speck of ouch in my foot/ankle I would quit. I told myself I would quit for sure at two miles. I admit pushing it to three miles was maybe not the smartest, but at least I stopped it there, it was so nice out I could have kept running and been happy, until my foot decided it was too much.

2.  The successful run yesterday gives me hope that maybe I CAN do the Women's Run next weekend.  I want to so badly! I know it won't be any sort of an "A" goal type race, but at this point just getting to the starting line and crossing the finish line will be a pretty awesome start in my book.  I just wonder if I can relax and just run a race and not race it.   I am a teensy bit competitive.  I know that I have done so little speedwork this year and none in the last month that I would be foolish to go for it.

3. A girl I used to work with had daughter go missing last Friday from Billings, MT along with another girl.  Chy's car was later found in Lewiston, ID abandoned and the most recent report had the girls spotted on the strip in Las Vegas.  Here is a link to the latest new story 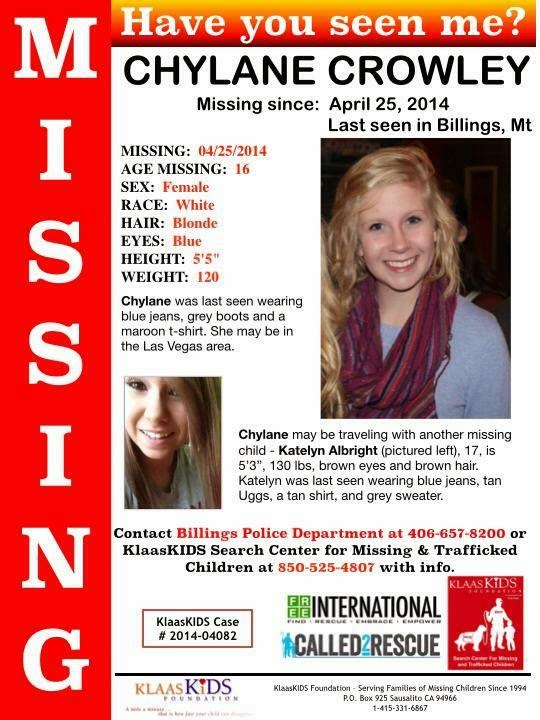 And a flyer.  The family has no idea why the girls would go to Vegas and doesn't think they know anyone in the area.


So if you are in the Las Vegas area or heading there keep on eye out.

Can you just run a race and not try to PR it?
Posted by Christy @ My Dirt Road Anthem: A Runner's Blog at 4:56 AM