I got very unexpected news at work this week, after putting it off nearly as long as they thought possible they decided to give us a raise at work...YAY!  We had pretty much written it off for the year.  Every meeting we've had has been about financials, financials, financials, BLEH.  SO that was exciting! Then I got off work a litte early Friday, which is equal to the gift of free time before I get the kids after work. EXCEPT it's been all rainy out so I wasn't as excited to get out and run as I could have been.  I got my butt out there anyway, with a weekend forecast of nothing but rain I really had no choice when the clouds cleared off for a couple of hours.
I was so glad I did.  Of course.  The air was cool and crisp, but not cold.  Perfect for running really.  The birds were singing, the frogs were croaking. The air smelled sweet and fresh.  So I did an easy four mile run and then did the latest Bodyrock.tv workout which left my left quads in a knotted cramp... OWW!
The ground off the roads of soaked!  And we are supposed to get between 1 and 3 more inches of rain this weekend!

The wild plums are in bloom.  I'm not sure anything smells as good, except maybe lilacs and chokecherries in bloom.  Wild plums make yummy jelly 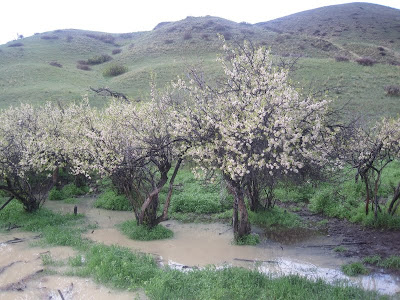 What my little section of road looks like by my house.  Surprisingly it wasn't super squishy mud and was pretty easy to run on. 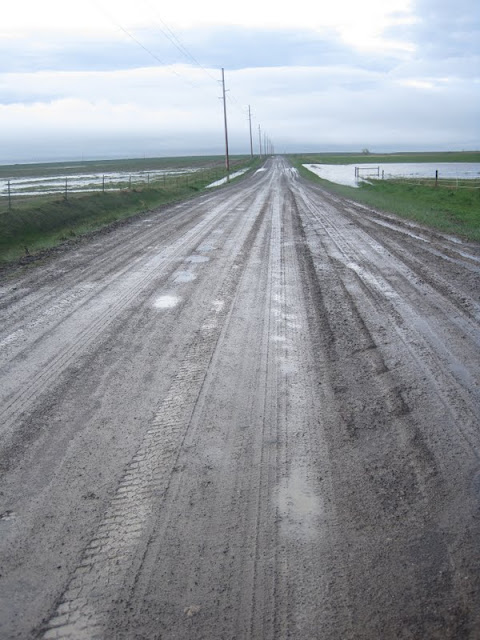 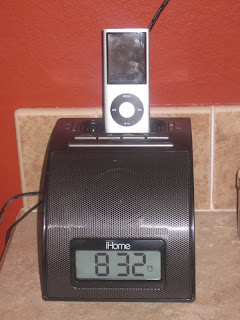 How is the weather in your neck of the woods this weekend?
What is your favorite spring smell?
Posted by Christy @ My Dirt Road Anthem: A Runner's Blog at 11:10 AM