Running in a Winter Wonderland

Friday was so beautiful out.  The temps were in the high 50's, the sun was shining.  AWESOME.  Saturday was cold, snowy, windy..not awesome.  I wimped out and didn't run. Sunday was cold, but at least the sun was shining and it warmed up into 30's.  My legs were itching to get out and go for a run.  All the snow made everything look so pretty! 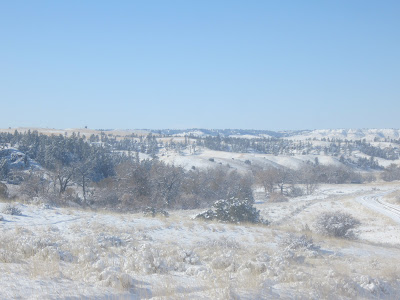 The warmer it got though the more the roads turned to slush and mud.  By the time I got done running my socks and shoes were wet and muddy, but stayed warm enough.  I left my hat at home and the first part of the run I didn't miss it, but the second half of the run was into the wind and I was missing it then! I was feeling a little overdressed until I had to run into the wind.
This morning as I type this it is 17 degrees out with a reported windchill of 8 degrees.  Umm brr.  But my legs are itchy for a run and it is supposed to be nice out later so as soon as I get done typing this up I will be on the phone looking for someone to watch kids while I run.  I think it is supposed to be up to almost 40 by noon.

I don't know if it is the weather or what but I feel ravenous today.  I already ate a double helping of Irish oats with pecans and chia seeds, a pear, a caramel roll, and now I am thinking about eating some potatoes.  Not sure why I am craving potatoes right now, but I am!

I like to do my runs so that I run most of the uphill portions first and then end with mostly downhilll.  My husband says this is the easy way out, but then I saw this on Pinterest and decided I liked it.  If I work really hard going up then I think I earn all the down hill.   :) 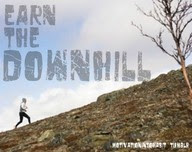 I don't have many routes that are very flat and as long as I am really not training for anything right now, I am going to do it my way :)

Given the choice, do you do the uphill first or last?

Have a great Monday everyone!  Hopefully tomorrow I will have a fun giveaway to post! :)  I won a Rafflecopter invite from Jen's Adventures and am excited to try it out.

Posted by Christy @ My Dirt Road Anthem: A Runner's Blog at 9:16 AM