1. I had a great run today although it was a little cold when I started out.  When I left the house it was a very chilly 27 degrees outside, but it was sunny and supposed to warm up.  I had to resist the urge to overdress and only wear a long sleeve shirt and light jacket, I really wanted to put on one more layer but I knew once I got about a mile down the road I would regret it.  As it was I got a mile down the road and took off the jacket I had on.  It was perfect.  It was about 42 degrees when I got home.  I did 8.5 miles with a negative split.  I am really working on running with negative splits.  This one was pretty easy since the way out was mostly uphill and the way back mostly down, but I did push pretty hard the last three miles.  The picture is not me, but was a good reminder that I need to dig out my orange to run in since it is hunting season! There was also not this much snow this morning, but there was snow! 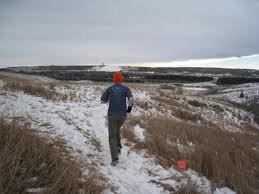 2. I have officially been a BodyRocker for one year.  I meant to do the first workout I ever did on BodyRock today to see how my scores compared, but I forgot until after I had already did the 250 rep workout and was pooped out after doing that and the run today.  So I will hopefully get to it tomorrow after work.  I really want to see how much I improved my scores.  I heart BodyRock!  Like you didn't know because I talk about it all the time. They had their first non Zuzanna host on yesterday.  She did alright but seemed to lack Zuzanna's energy.  It seemed like they really cut short how much they showed of her and then cut to Zuzanna showing how to do the exercises.  All the same great job to Jess, she had really big shoes to fill and I would have been terrified.  Although I think it would be fun to get to do. 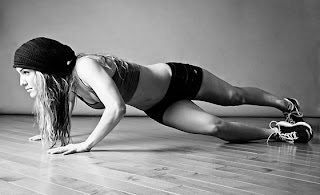 3. okay this sort of goes with number one but I am in a hurry so it gets to be number three! I forgot my phone and my camera and my ipod on my run today and I was at my Grandmas house.  She was watching the kids. I didn't want to drive the four or so miles back home and get them so I ran with just my Garmin.  The first mile I really missed my iPod but after that I didn't at all.  It was kind of nice to just be alone with my thoughts and the cows.  I had to dodge what seemed like hundreds of cow pies today and didn't trip on a frozen one even once!  I was really proud of myself for that  :)  I was sad about the camera because the frost was really thick on the grass this morning and it looked so pretty! 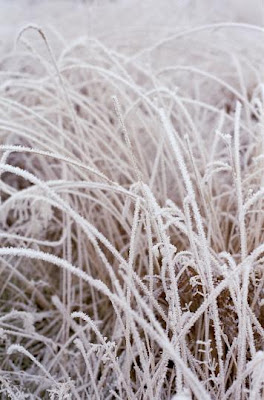 What is your favorite thing about running in the winter? Do you ever forget your ipod and then be glad you did?
Posted by Christy @ My Dirt Road Anthem: A Runner's Blog at 4:05 AM