Shoes and Brews Half Marathon Recap and Review

A large part of why I did this half marathon was I really had it in my head that I wanted to do three half marathons this year and so far I only had two in the books.  This was also on a course that I did my very first half marathon on four years ago.  I went out like it was a 5k and by the turn around point was busy swearing off halfs for the rest of my life. 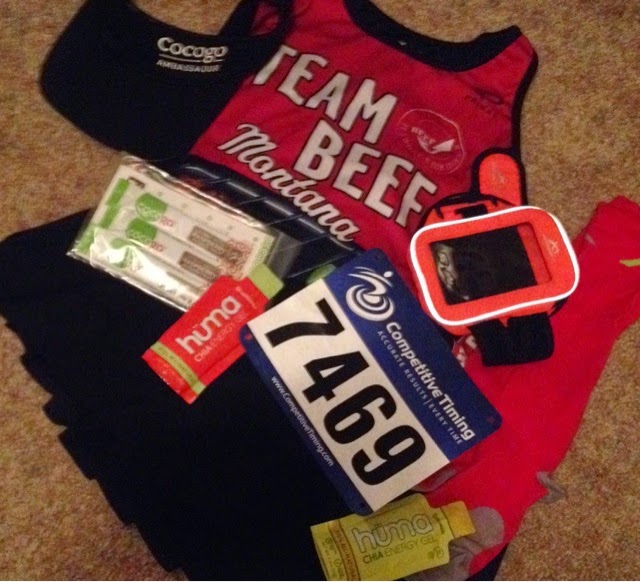 Packet pickup was Saturday at a local sports store and seemed easy and organized enough, although the two girls doing it seemed a little clueless about a lot of things.  They were able to tell me only about 40 people were signed up for the half.

I knew it was going to be on the smaller side, but I wasn't expecting tiny.

I got to the race about 20 minutes early, which for me is practically late.  Happily there was no line for the 3 whole porta potties they had and I cycled through twice before the race started.  I might have drank too much water on the way to the race because as soon as the gun went off I felt like I had to pee again.

I told myself there was supposed to be two porta potties along the way and I could just use one of those if it came down to it.

Back to the gun going off... I went out easy snail pace (as least that is what it feels like at the start of the race when I am wanting to RUN!) and soon found myself with 3 guys and 2 girls in front of me.  The two girls didn't last long and I passed them before the first mile was up.  and one of the guys.

The miles went along pretty easy and I seemed to keep the splits in the mid to low 7:40s.  I worried a little around mile 4 because I seemed to be breathing pretty hard, but whatever that was worked itself out and my breathing was good again by the 5th mile.

The course was an out and back along the Yellowstone River and it was really beautiful with all the leaves changing colors.  They didn't close the road to traffic, but it is a pretty quiet road.

I got passed by another guy sometime before the turn around.  I was glad at least for the three guys in front of me, I find having someone to catch very motivational.

I was still feeling really good at the turn around but there was still no porta pottie!!  NONE along the whole route and I still had to pee!!  One of the guys in front of me paused to pee in the bushes and I considered doing the same, but figured I could last and I did.

Miles 9 and 10 had quit a bit of gradual uphill and were two of my slowest miles. Mile 11 was my fastest. I felt really good until the last two miles and then I was feeling tired! I kept pushing knowing the end was in sight. I ran super consistent and have to admit being a bit surprised with how good it all felt.

Overall impressions:
Route: It's a beautiful out and back with rolling hills.  I felt the hills more on the way back than the way out, but they aren't horrible.

Organization:  Packet pickup, the race start, and finish line all seemed organized.  They didn't advertise well and it showed in the very small turnout.  It was hard to find any info on the race and a lot of it was really vague.

Swag:  Tech tee, but unisex and a beer glass.  No medals for the half and no age group awards. No awards at all.  This was disappointing, especially since one of the girls that ran the half emailed them asking if there was going to be medals and they said there would be. I talked to the race director afterwards and she said several people had asked her about them and she might do something after the fact for the half marathon runners.   She had decided the beer glasses would make up for no medals.  Some people may think so, I kind of really like getting a medal. 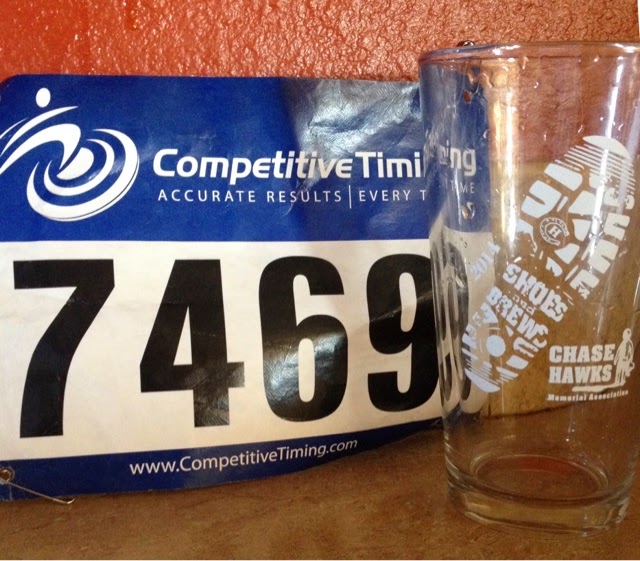 Post race:  They had beer, water and sandwich boxes that had a good turkey or ham sandwich, orange, bag of chips and small candy bars.  I ate part of the sandwich, drank about half a beer and save the rest for the kids.  I just can't eat that much after a half marathon, but it was a nice touch. 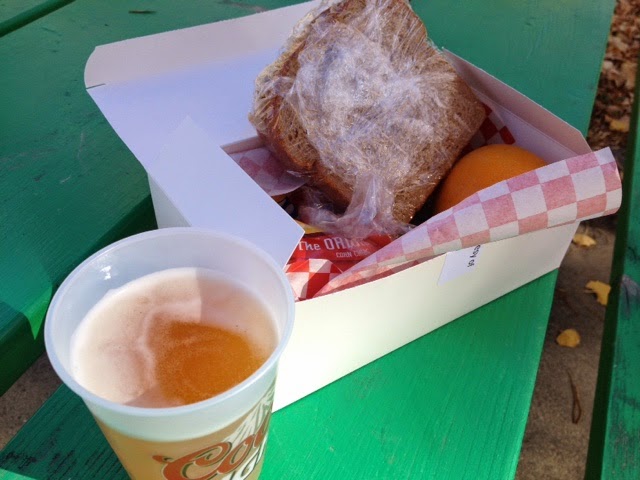 I would do this race again, medal or no. It is local and the route is beautiful.

Posted by Christy @ My Dirt Road Anthem: A Runner's Blog at 9:10 AM