1. With the Ragnar Relay out of the way I have started to think about what's next on the running front. I really had my heart set on running three half marathons this year and there just happen to be 2 in October that I could do.  One is two hours away and the other only 40 minutes.  I am leaning towards the closer one. The closer one is on the route I did my first half marathon on and I would love a redo at that route.

If I do end up doing a half marathon in October, my plan after that is to cut back on the running for a couple of months after that and not do any runs longer than an hour until after the New Year.

2. Yesterday's long run started out a little rough and I wondered if I was going to make it to the 10 miles that I was planning on running. By mile three I was feeling pretty good and my last three miles were the fastest three miles of the run.. I was feeling awesome!  I ended up running more than
planned. 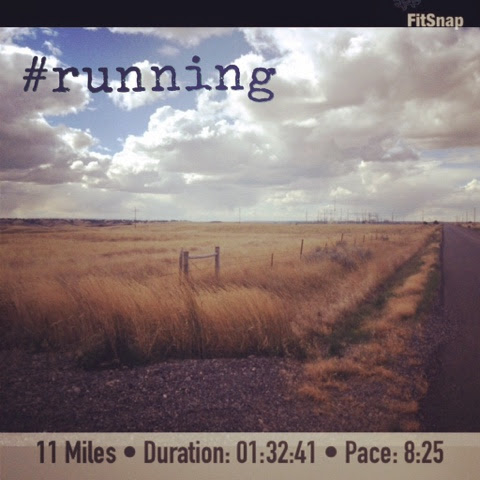 3.  I feel like I am finally starting to get back on track with working out in general. I was a bit of a slacker for awhile. So far this week I have done three HIIT workouts all bodyweight, so I am hoping to get in one more maybe Friday or Saturday and use my kettlebell or weights a little.  I have ran 16 miles.  Not a lot, but not bad either for two runs.  I will run Saturday for sure and maybe a short run tomorrow after work if I get off on time. Yoga is a little slacking, I have only done it once this week.  I am planning a session either tonight or tomorrow morning and that may be it for the week!
Posted by Christy @ My Dirt Road Anthem: A Runner's Blog at 4:54 AM