By the time you read this I may already have run my half marathon, but I have some time this morning to blog so why not tell you the story of the missing charging cord and put down some goals for today.

My running hasn't been super consistent the last three weeks due to working more than usual, kid activities and cow work, but I have been running some and I got in a good 13 mile run two weeks ago so I know I can run a half this morning, it just won't be the fastest of the year.  I do like having goals though so I am going to set some down.

A goal (as in shoot for the stars) Finish under 1:40 (likelihood of this happening is not good, hilly course, and not consistent training) this requires running a 7:37 pace or better.  Like I said it's a shoot for the stars, everything aligns kind of goal.

B goal (I feel this is more real, but still going to require a bit of effort) Finish in under 1:45 which will require an 8 minute or better per mile pace.  This is where I am going to start.  I will evaluate how I feel after the first three miles and go from there.

C goal (the wheels fell off the bus goal) finish in under 1:55 which is the time I ran the first time I ran a half and was on this course.

I had hoped to get in a good shake out run Friday after work.  The stars were aligning, I got off a little early, the kids were at an Auntie's house, the weather was gorgeous, and then bam!

My Garmin was dead.

No biggie really just plug it in to charge for the race and then go for an easy 4 or 5 miles without it.

I couldn't find the charging cord.  I wasn't going to worry about it, but then I started to think I should really know where it was.  I looked everywhere I could think of that I might of stashed it.  In drawers, in bags, in boxes, in cupboards.  I looked places I didn't think I would have put it.  In closets, under the sink, in the kids' rooms, under the bed, behind the dryer.  Eekk!  I spent an hour looking for it and then ran out of time to run and still no cord.

I looked again Saturday morning.  In all the same spots and a few more I could think of.

I resigned myself to running Garmin free on Sunday. I could always use my phone. It isn't as handy, but it isn't like it is a big goal race either.  I mean apparently there are only even 40 people signed up for the half. 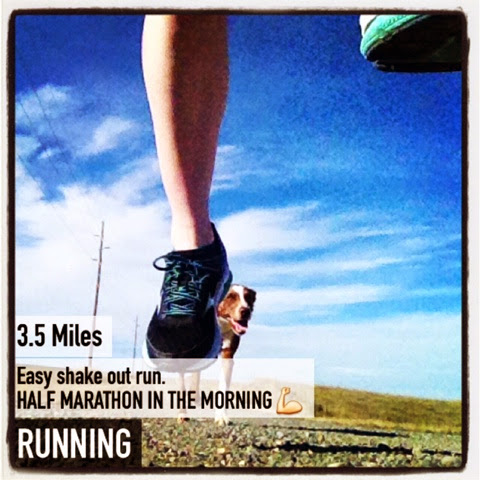 So Saturday I cleaned house, went for a little shake out run, picked up my race packet, went to a flag football game, did grocery shopping and then came home to tackle the 6 loads of laundry waiting for me.

There in the bottom of the last laundry basket, hiding in all the mismatch socks was my charging cord.  I held it over my head in victory, then went and plugged in my Garmin.

Whew, persistence paid off.  If I had quit early on the laundry like I wanted to so I could read my book I never would have found it!  Thanks Grey's Anatomy for keeping me entertained long enough to find it!

PS look what I found at Walmart! 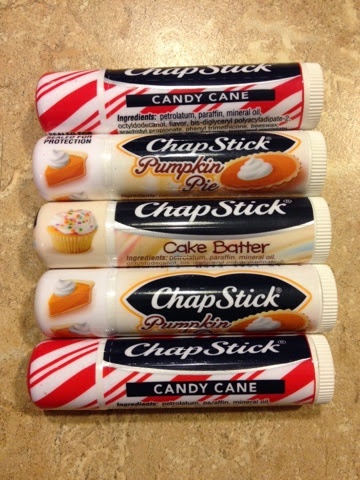 Pumpkin pie flavored Chapstick, and Candy Cane back for the holidays.  I also grabbed another Cake Batter since it is one of my favorites.
Posted by Christy @ My Dirt Road Anthem: A Runner's Blog at 8:46 AM