Run to the Pub Half Marathon Race Recap

I didn't have a lot of expectations going into this race except that my pace would probably be in the high 7:40s low 7:50s for pace per mile and I would finish feeling strong.  The weather was in the low 50s at the start, windy, partly cloudy and warmed into the low 60s by the finish.  I decided I would recycle my race outfit from 2 years ago.  I haven't worn it since then so why not?

I went up to Bozeman after work on Friday to stay with a friend, but before I left work I dropped my phone for the 1000th time and it shattered.  Shattered, with the case on.  It was workable, but only if I wanted glass slivers in my fingers. 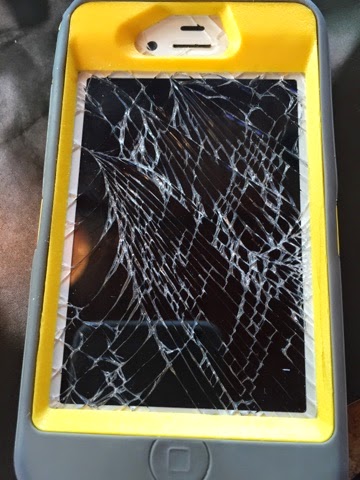 My playlist for the half was on here.  So I did what any reasonable person would do and updated my phone to the new iPhone 6.  I had been looking for an excuse to do it anyway. Just not when I was headed out of town!

Luckily the ATT store wasn't busy and I was helped right away.  I then went over to City Brew and had a cup of tea while downloading all my apps and my running music.  The drive to Bozeman was uneventful, I met up with Billie Jo at the Bozeman Running Company and we picked up our packets and did some shopping.

We had what is now a tradition with us wine and steaks for supper then headed over to her husband's grandfather's house for the night.  He has the coolest octagon shaped house that he built himself.  I wish now I would have taken some pictures.

As I was getting ready for the race Saturday morning I put on my Garmin and was greeted by a blank screen.  I KNEW I had charged it so the battery couldn't be dead could it?!   I did a reset and was greeted by weirdness and crazy screens like this. 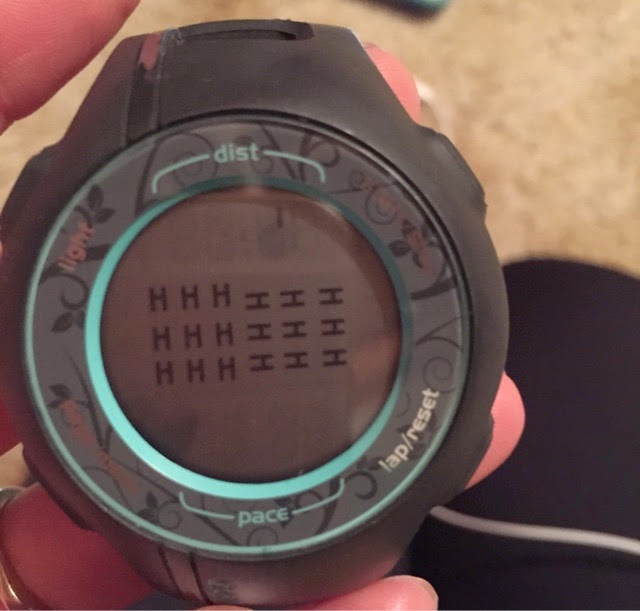 After several more resets it decided to function normally. Seriously first the phone then the watch?!  I was hoping it wasn't a sign of things to come.

I caught the bus out to the start and cycled through the porta potties twice, visited with some people I knew and did a warmup.  I was feeling pretty good.

The gun finally went off and I was somewhere near the middle of the 1,100 runners and felt like it took forever to get across the start line and then spent a lot of time weaving through people the first mile,

The first three miles were uphill AND into the wind. The first mile went by pretty fast in that race adrenaline sort of way.  I was really feeling it by the third mile and had to keep reminding myself it would be downhill soon!  Some of the wind gusts were pretty strong.  I was counting down until we turned and ran crossways with the wind for awhile.
Mile 1  8:10
Mile 2  8:16
Mile 3  8:25

When we finally did it was a big relief and my legs started to recover a bit from all the uphill and wind fighting.  My pace picked up and I finally had a mile under 8 minutes.

The downhill felt good, but I also noticed that I didn't really feel that easy spring in my step.  I had written the feeling off earlier when I was running uphill and into the wind, but running downhill with the wind wasn't feeling as easy as I thought it should.  Still I thought at this point I could still pull off goal pace.

My legs just felt spent and I had my slowest mile an 8:43 ... I knew this would kill my average pace and it killed my goal of a 7:40 something pace. but I was still hoping for a sub 8 average pace, and I knew the rest of the route was downhill.

The last two miles despite being downhill I just couldn't get under 8 minute miles.  I haven't decided if I am just not in as good of shape as I thought I was or if it was an off day.  I took one Humagel at mile 6 and had my Cocogo in my hydration belt.  I drank about 8 oz of it.

I remember feeling hot from about mile 6 on.  I am not acclimated to running in warm weather!

I got across the finish line and felt like I had given it my all, I grabbed some water and drank nearly the entire bottle before getting my medal.  I grabbed 4 little Cuties oranges and ate them while sitting on the curb. 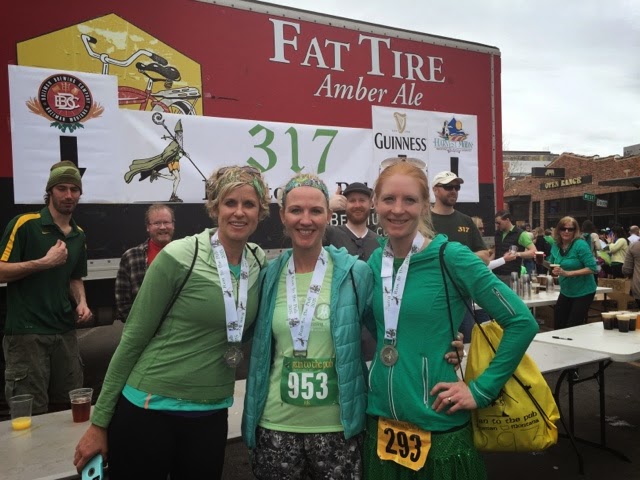 My friends had run the 10k and after we hooked up we went and had breakfast for lunch and a great little spot called Nova on Main Street in Bozeman and had a great time talking and catching up on life.  We did not win the trips to Dublin,  I guess we will have to try again next year! 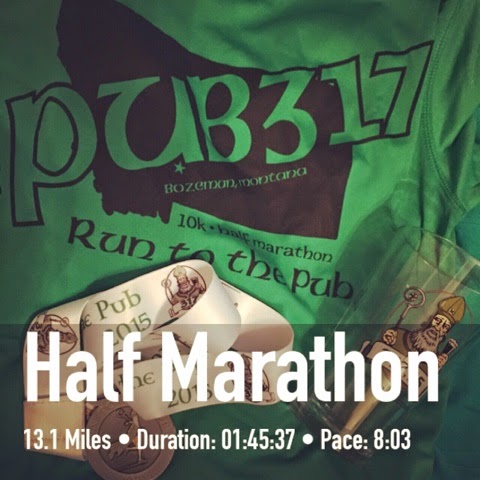 This is a great half marathon and growing! Most of it is run through the country side with beautiful views of the mountains. Both times I have run it the weather was beautiful. The t shirt is a long sleeve tech shirt, you also get a pint glass and of course a fabulous medal.  There is beer and music at the finish,  Post race snacks were light with bananas and oranges, but all I like it oranges post race anyway.

Hmmm so what is next?
I have the Women's Run in May on the schedule for sure.  It is a 5 mile race.  and I confess as I was typing this my little sister and I were also texting about what halfs we were looking at doing next.

There is a local one here in 8 weeks.  I am pretty tempted!

Posted by Christy @ My Dirt Road Anthem: A Runner's Blog at 5:58 AM