1. After I sent the kids off to school yesterday I asked my husband his plans for the day ( he is self employed so has a lot of say in his day). When he told me he was going to be helping my Dad and brother scour guard the 3 year old cows I was in.

It was a beautiful morning out and I hadn't been on a horse yet this year!  It felt great. The cows pretty much followed the feed truck to the corral and I followed the cows.  A great way to spend National Ag Day! 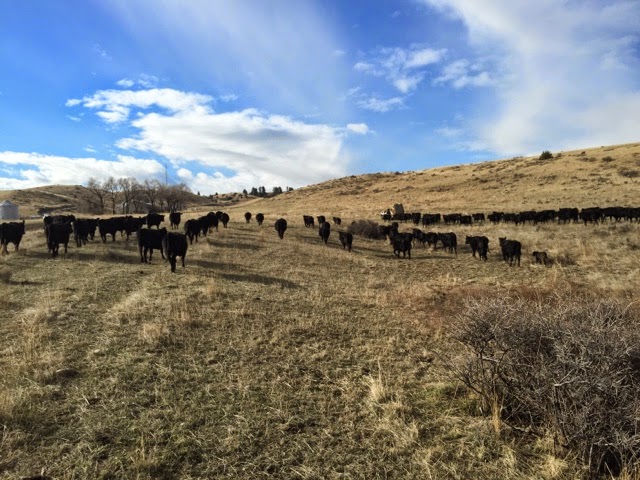 My aunt, husband and I stayed on our horses in the corral and helped push the cows through the chute where they were given the Scour Guard vaccine.  Yep, cows get vaccines too! This protects the babies that will be born soon from several strains of  diarrhea causing bacterias.
My niece really wanted to ride a horse too! She got to ride after all the action was over. 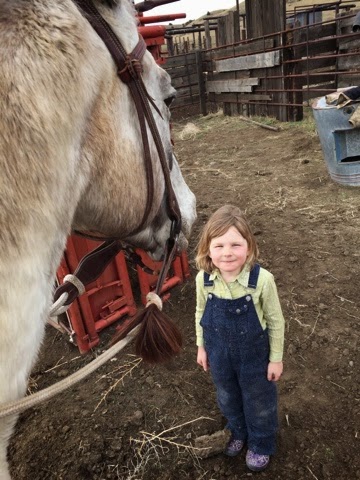 The 3 year old cows will be joined with the rest of the older cows soon and just be a part of the herd.  There were two babies in the bunch already and the rest will calve soon!

2.  After moving the cows back to their pasture I changed my boots and jeans for running shoes and capris and took my little dog Cola for a run.  We ran through the heifers (2 year olds, first time mommas who need more watching over than the older cows and are calved out sooner.)  The heifers are a lot like teenagers. 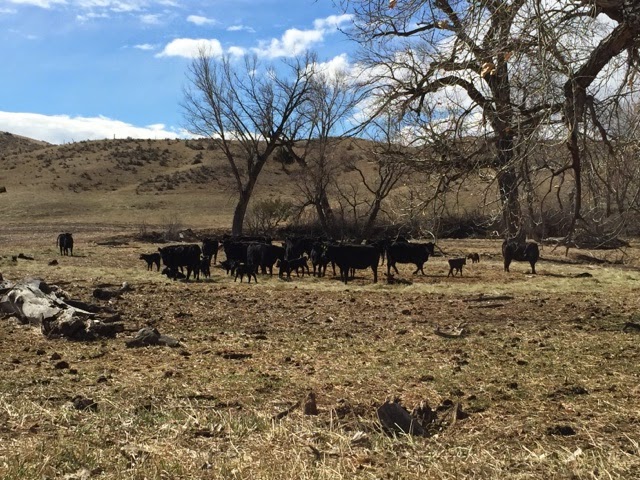 I took my run up through the hills and took time to enjoy the views.  My legs are still a little sore but feeling a lot better! 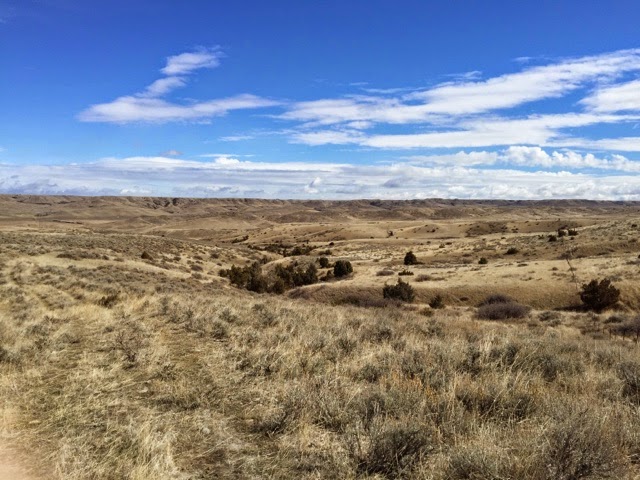 3.  Once I got home I discovered the power was out so cleaning and blogging was not an option, A nap however sounded divine. I slept for two hours.  All that fresh air was exhausting!  The power came on in time to shower up and make supper.
Posted by Christy @ My Dirt Road Anthem: A Runner's Blog at 4:59 AM