4 Food Things I Can't Do

1. Ground turkey or chicken... just has a big eww factor for me.  I like chicken and turkey fine, it is never a first choice at our house.  My husband has a thing against chicken and turkeys (he got attacked by a turkey when he was little, and they used to butcher their own chicken).  I see recipes posted all the time about healthier recipes with ground turkey. 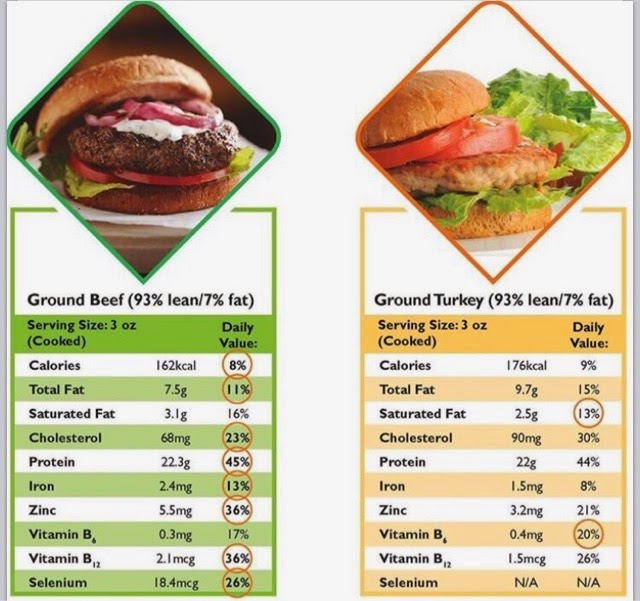 Enough said for me.. given the option it's ground beef here every time for burgers, meat balls, etc.

2. Zoodles.  Not in my spaghetti bowl please.  Sure it is a fun, different and interesting way to eat zucchini, but it is a poor replacement for spaghetti noodles.  I tried it once.  I was left feeling unfulfilled and like I had been cheated somehow.   If I am going to cheat on my spaghetti noodles, spaghetti squash is the only thing that sort of works.

3. Not to pick on zucchini here but, I saw someone post on Twitter about how great it was in smoothies.  We bantered back and forth, me saying ew and her saying "no really you don't even notice it in there".   I just can't.

I do like zucchini bread so maybe I could, but I am just not ready to go there.  I had a green smoothie once with cucumber in it and it tasted so strongly of cucumber.. in a smoothie..it was too weird for me.  I couldn't drink it all.  That's what I think of when I think of zucchini in a smoothie.

4. Food Babe.  Where to start with that one.  I think her heart is or at least was at some point in the right place with wanting people to eat healthy, but somewhere along the way she got a little crazy.  I hadn't even heard of her until about six months ago.

I got banned from her Facebook page for making a comment that didn't support her position on something.  It was not derogatory, I didn't use bad language.  I wish I would have taken a screen shot of the comment.  I had heard she banned people pretty liberally and they were not joking.

Anyone who disagrees with her is instantly a "paid shill for Monsanto" .  I want to know where my money is if that's the case. As far as I can tell all she wants to do is sell you her book or her eating plan.  Or you can buy something off her Amazon affliate links.   Her biggest detractors are science people.

Her degree is in computer science and people follow her for her nutrition advice?  Really?!  I have been happy to see lately that the media is catching on to her quackery and this article published on Gawker by the Science Babe is one of my favorites Although if you Google Food Babe news right now there are a plethora of recent articles that come up.

What food things annoy you?
Posted by Christy @ My Dirt Road Anthem: A Runner's Blog at 4:50 AM