1.  Three races I have coming up.  Next weekend I am doing a 5 mile race.  It's one of my favorite races and largest in Montana. My sisters and daughter are also going to run this one with me.  The weekend after that I have a half marathon and from what I understand there are only like 40 people signed up to run it. I find that a bit of a bummer, but it's local and fairly cheap and I wanted another half marathon this spring.  My next race after that will be a 10k in June.  Except for the sunburn I got yesterday I am feeling pretty good going into these races.

2.Three names, one calf.  This little guy is a twin, but his mom wasn't making enough milk for two so he is a bottle baby for now. 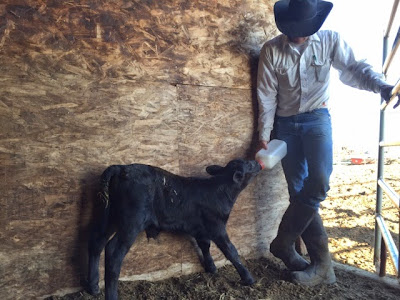 Hopefully a mama cow will become available to graft him onto, but for now he is hanging at our house.  My husband call him Milk Dud, but the kids are sure there was already a calf with that name this year and they call him Lucky Jr.  I told them there was no Lucky Sr so how can he be a junior and I call him Bert.  Whatever we call him he's cute! 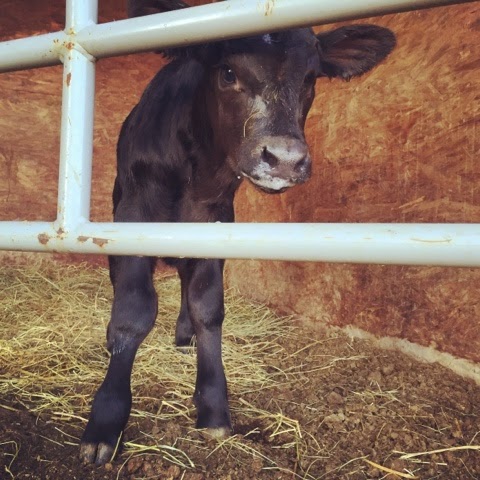 3 My long run yesterday had three fails... I waited too long to get out and run and it was HOT by the time I ran.  By hot I mean it was 80 degrees when I finished.  I felt like I couldn't drink enough water after the run and I drank 8 oz more than usual during the run.  I also used old sunscreen that was only good for 80 minutes and my run took me  2 hours and 11 minutes, so I ended up with a bit of a burn.  I also was too lazy to braid my ponytail and it ended up in a big snarl.

I ran out of my way and up an extra couple hills to make sure Cola got lots of water yesterday too. 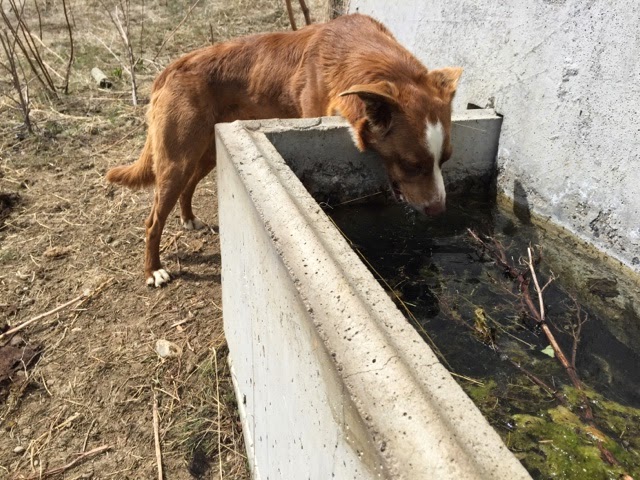